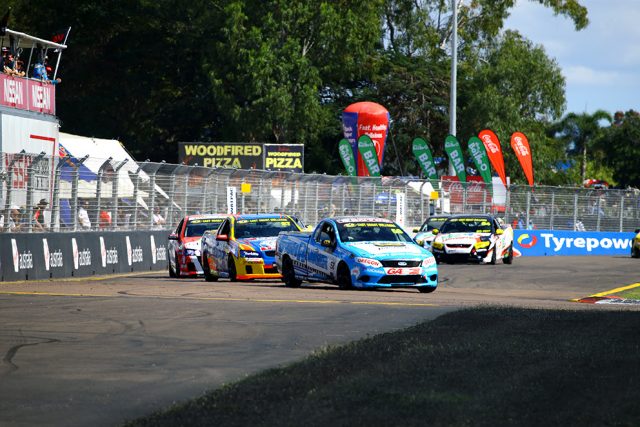 Ryal Harris leads the series with a round remaining

A capacity field of 22 cars will take to the streets of Newcastle for the last ever V8 Ute Racing Series round next weekend.

Current series winner David Sieders is the most notable name on the entry list as released by Supercars, which also includes former series winner Marcus Zukanovic, who made a full-time return to V8 Utes this year.

It is three-time series winner Ryal Harris, however, who is best-placed to wrap up the title for the final time owing to the 24-point lead he holds over Kim Jane.

Jeremy Gray of Muswellbrook, around 120km further up the Hunter Valley, can count Newcastle as his local event when he lines up in a Falcon after returning to the series at Bathurst.

Capacity for the weekend has been capped at 22 owing to the space available to house support categories in Newcastle.