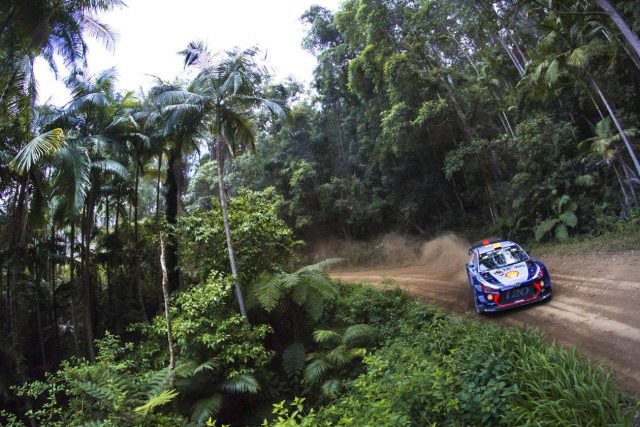 Thierry Neuville was fastest in pre-event shakedown for Kennards Hire Rally Australia despite a technical issue which had his crew working on his Hyundai as the session got underway.

As other crews took to the forests north of Coffs Harbour, Neuville stopped on the road section just after the service park. He was brought back to his mechanics who traced an engine oil leak. A faulty crank trigger component was fixed and Neuville squeezed in three runs of the 5.02km Boyds Road test, claiming a best time of 2m56.3s on the final pass. 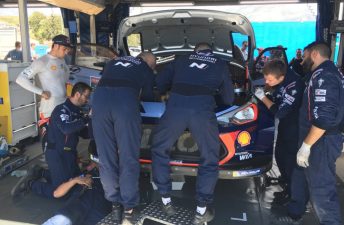 “Suddenly on the way to the shakedown the car stopped, and we couldn’t re-start,”said Neuville.

“Obviously, it was quite a serious problem which the team solved very quickly once we were back.

“After that we went out for three more runs which we have to do. I have to say the car was working good, I felt comfortable. Similar settings to the last rally and it felt straight away great.

In hot, dry and sunny conditions, Ott Tänak set the pace through the opening run, recording a 3m00.5s in his Fiesta, before Kris Meeke powered his C3 to the top of the standings after the second pass.

But both times were eclipsed as the road cleaned and a deep layer of loose gravel was swept from the surface.