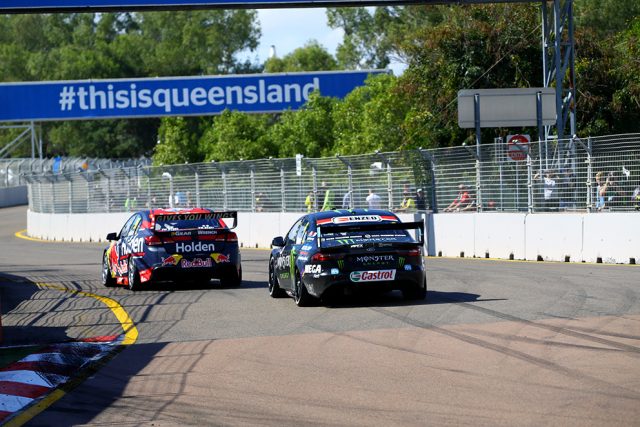 Rockhampton is another Queensland city eyeing off a Supercars event

Rockhampton Regional Council has announced that it is in talks with Supercars to hold an event in the Central Queensland town.

Council issued a statement today in which Acting Mayor Tony Williams expressed strong enthusiasm for attracting the championship to Rockhampton.

“Not only would this be fantastic for our region’s profile and cement our reputation as the premier tourist destination for Central Queensland, but it would have massive economic flow on benefits for our hotels, our shops and our restaurants,” said Cr Williams.

The Council’s Manager of Regional Development and Promotions Chris Ireland confirmed that talks had taken place, but that the matter is at an embryonic stage.

“We’ve been working closely with Supercars Australia on this and the appetite for an event in Rockhampton is definitely there,” said Ireland.

“From here, we need to make sure we’ve got all of our studies completed, get an agreement with the Supercars Australia and investigate the best possible funding options going forward, including Government support.”

Supercars CEO James Warburton confirmed that any event in Rockhampton would be contingent on attaining government backing.

“There are numerous locations interested in hosting Supercars for the proven and lasting benefits they bring,” Warburton said on Supercars’ website.

“The Rockhampton City Council have made some initial approaches to gain some insight on how they might be in a position to stage an event.

“That said, it would need to have the full support of our major funding partner Tourism and Events Queensland and of course the State Government.”

Supercars last year inked a deal with the Queensland Government and Tourism and Events Queensland to extend the contracts for the existing street races until the end of 2019.

There have also previously been attempts to establish a permanent circuit at Toowoomba, around 100km drive west of Ipswich, home of Queensland Raceway, by businessman John Wagner.

Rockhampton is approximately 600km north of Brisbane and 700km south of Townsville.

The Rockhampton region has a population of 121,000 in 2016 according to the Australian Bureau of Statistics, while Townsville’s was 194,000 plus another 44,000 in the wider Charters Towers/Ayr/Ingham region.