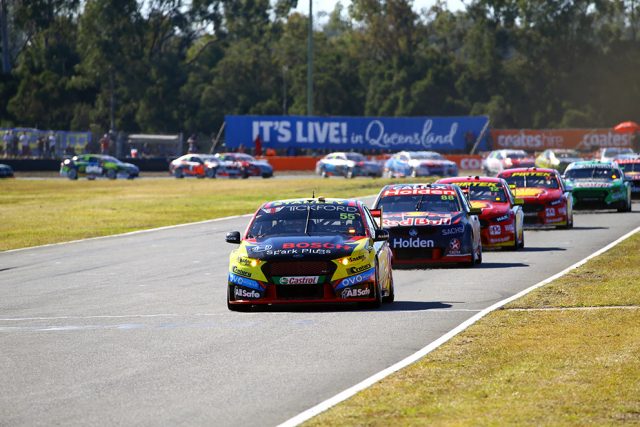 Ipswich City Council has chosen to wind up the company which would have been responsible for the redevelopment of Queensland Raceway.

The council-owned Ipswich Motorsport Park Pty Ltd (IMP) “will be wound up as soon as possible,” according to a statement issued by the Council.

Ipswich City Council (ICC) announced plans for a $220 million redevelopment of the Queensland Raceway precinct, including a track extension, in mid-2016, which had enthusiastic support from then mayor Cr Paul Pisasale.

The ICC was rocked by corruption allegations earlier this year which have seen Pisasale charged with offences also including misconduct in public office and fraud as part of an investigation by the state’s Crime and Corruption Commission.

According to the council, the repurchase of leases at the site necessary for the redevelopment “could not proceed without a protracted and expensive legal process.”

Queensland Raceway is currently under the management of John Tetley, who has more than a decade to run on a 30-year lease to run the circuit.

“Our view that this is possible has not changed, however we need any transition to be transparent.

“IMP has ceased all activities which were underway and the company will be wound up as soon as possible.

“This is a common sense approach while the future of council’s involvement and any investment in the precinct is under review.

“Council has repealed its earlier decisions relating to the Queensland Raceway lease and will not proceed any further lease resumptions.”

Supercars had locked in a deal with Ipswich City Council in July which kept the championship at the circuit until the end of 2028.

At the time, Supercars CEO James Warburton stated that the agreement was contingent on long overdue safety upgrades to Queensland Raceway, which does not have a permanent CAMS licence.

Warburton today told Supercars’ official website, “We have a 10-year agreement with the Ipswich City Council that is independent of the IMP project that was put forward.

“We’ve worked with the council each year to ensure that the circuit meets the safety standards,” he said in reference to the temporary measures.

“The latest FIA track inspection took place last month and the upgrades in line with their recommendations would need to be in place before the event is run at Ipswich in 2018.

“We need to understand what is required to meet that and have the appropriate conversations with both council and government to make sure the event goes ahead.”