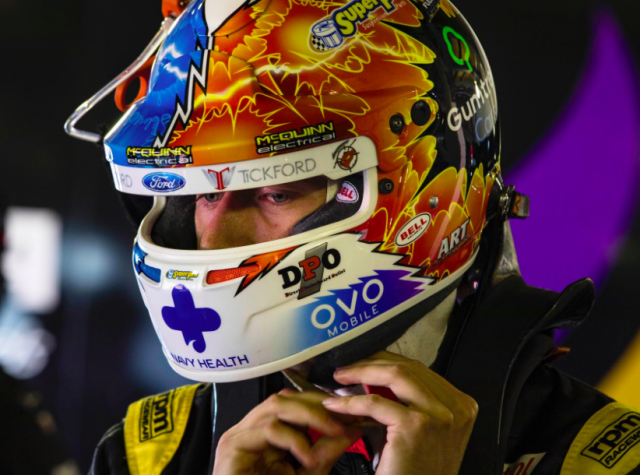 Chaz Mostert says he is honoured to challenge a selection of the world’s best GT drivers at this weekend’s FIA GT World Cup event in Macau.

Mostert will pilot one of two Team AAI prepared M6 GT3s at the dauntingly narrow 6.2km Guia street circuit for what will be only his third career GT3 race.

The 2014 Bathurst 1000 winner has earned the drive having impressed BMW while racing a privateer M6 GT3 at this year’s Bathurst 12 Hour.

“It’s very cool considering I have only ever done one race with BMW at the Bathurst 12 Hour to earn the call-up,” Mostert told Speedcafe.com. “To partner up with Marco Wittmann, who is a well credentialed driver, and to be racing side by side with him is cool.

“It is going to be very exciting and it is track that challenges any driver that goes to it, but saying that I’m very lucky to go there in a good GT3 car with BMW.

“I’m looking forward to Macau and the opportunity to go up against some of the best drivers in the world.

“It will be cool to tick that track off the bucket list in a cool car.”

Mostert has prepared for this weekend’s outing by joining up with Team AAI for last month’s opening round of the Asian Le Mans Series, which resulted in a GT class win at China’s Zhuhai International Circuit.

He is expected to rejoin the team for rounds at Fuji, Japan (December 1-3) and Buriram, Thailand (January 11-13).

“I really enjoyed racing in Zhuhai, it was good. There weren’t many cars in the field but it was probably not a bad initiation,” he added.

“Us Aussie drivers generally that get in Supercars are so one-car driven.

“Shane (van Gisbergen) showed it before in the past when you put your bum in more seat time and stuff like that, your race craft should get stronger and all that kind of stuff.”

Mostert will head from Macau to the Coates Hire Newcastle 500 next week for the Supercars season finale, still mathematically in contention to challenge for a maiden championship.

The FIA GT World Cup will begin with practice on Thursday. A 12-lap heat on Saturday will determine the grid for Sunday’s feature race.