Reeves back for Rally Australia assault

Reeves back for Rally Australia assault 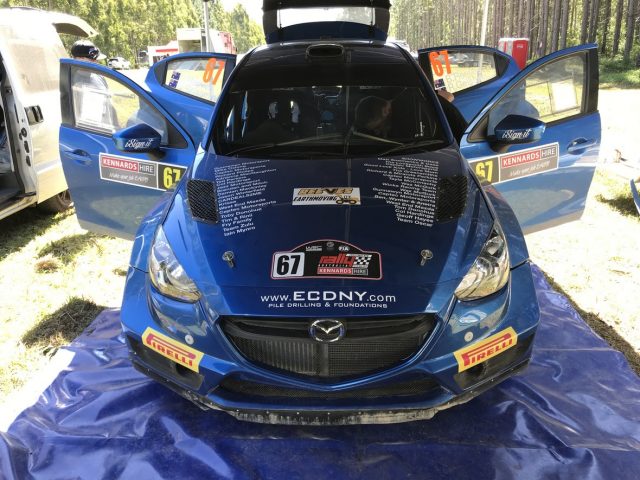 Brendan Reeves is looking to underline his reputation as the highest seeded Australian in the WRC when he takes to the gravel outside of Coffs Harbour.

A total 18 international teams will be taking part in Kennards Hire Rally Australia with Reeves and co-driving sister Rhianon Gelsomino behind the wheel of the Force Motorsport Mazda 2 AP4.

This is the same car he drove to victory in Rally Coromandel in New Zealand back in August.

Whilst Reeves is contesting his fourth Rally Australia, the car will make its debut on Australian soil and Reeves is confident it will be well suited to the stages.

This year’s event covers 320 kilometres of rally stages over three days of competition, with 75 percent of the stages held on forestry roads.

Reeves’ experience will count on some stages, but a good portion of this year’s rally will be contested on brand new tests, putting all crews on an even footing.

Whilst he is not contesting the same class as most of the internationals who will drive World Rally Cars which are of a much higher spec, Reeves is keen to compare his stage times with them and get the best out of himself and the Force Motorsport Mazda.

The Mazda2 was shipped from New Zealand and despite arriving just days before the event he was able to conduct a test on his home track in Victoria.

A true privateer outfit the team once again offered their supporters the chance to have their names featured on the car’s bonnet. They were overwhelmed with support and quickly filled the available space and even on the side of the car.

“We’ve had a lot of great support to get to the event,” Reeves said. “That support has come from family and friends and our wonderful supporters.”

“We can’t thank our supporters enough. It’s great to have so many people behind us and we’ll be doing our best to bring home the car – with our supporters riding with us – in a great position at the end of Rally Australia.”

All crews will complete pre-event reconnaissance of the 21 stages today.