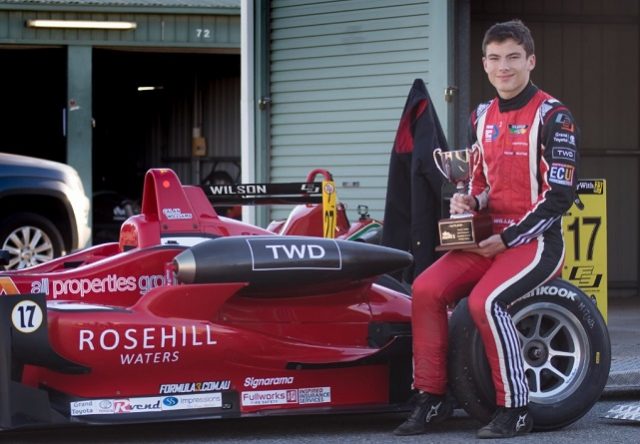 Williams, who won the domestic F3 title with a round to spare, will undertake a two-day test in a Euroformula Open-specification F3 car.

The 17-year-old West Australian had visited Europe in July in search of a seat with the UK team, and has since landed his first test in Europe.

“It’s going to be an incredible experience to drive on an iconic track like that.

“I’ve grown up watching Formula 1 races at Barcelona, so to have the opportunity to go there and actually drive there myself is amazing.”

Euroformula Open is an F3 series based in Spain which races across the continent, and Williams is confident that his experience at home will hold him in good stead.

“The experience I now have in a Formula 3 car will be invaluable when I get to the test,” he said.

“The car I was running this season is the closest I can get to the car I’ll be testing.

“There’s a lot of effort and hard work happening behind the scenes at the moment as we move toward finalising the plans for next year, but this is definitely a sign of moving forward in a positive way.”

The test comes off the back of compatriot Joey Mawson’s one-off start in the series last month.