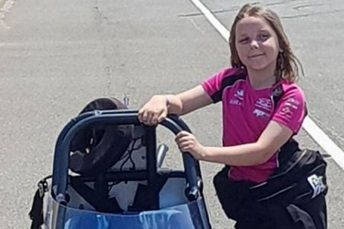 A junior dragster competitor has died following a crash a Perth Motorplex on Saturday.

The Australian National Drag Racing Association (ANDRA) has issued a statement confirming that eight-year-old Anita Board succumbed to injuries sustained after an incident on Saturday afternoon.

It has been reported that Board was undergoing a solo run when she lost control and crashed into a wall, prompting a suspension to action at the venue.

It is believed that she was attempting to gain a licence to compete in future events.

A report by Perth Now claimed she had to be revived by paramedics who were stationed at the venue before being taken to Rockingham Hospital.

Board was subsequently transferred to Princess Margaret Hospital.

A statement from ANDRA read: “The Australian National Drag Racing Association is deeply saddened to confirm the passing of Junior Dragster competitor Anita Board following an on track incident during an event held at the Perth Motorplex on the 11th of November.

“Everyone at the Australian National Drag Racing Association extends its sincere and deepest condolences to Anita’s family, friends and the wider drag racing community at this tragic time.

“ANDRA will continue to work with VenuesWest and continue to assist police with their investigations while supporting Anita’s family, and ask that the privacy of the family is respected at this tragic time.

“No further comment will be made by ANDRA at this time, however updates will be issued if and when it is considered appropriate.”

VIDEO: A Channel Seven report on the tragedy