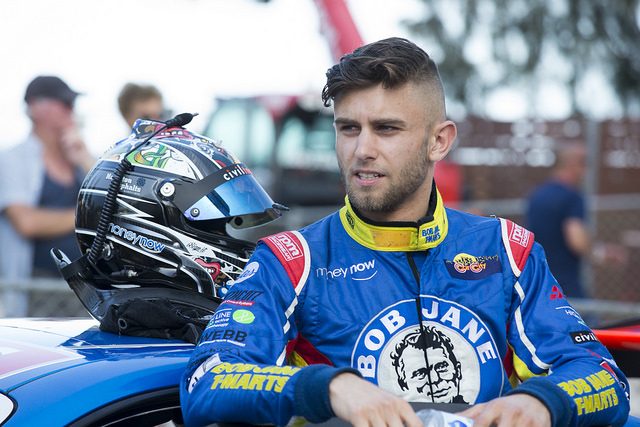 Andre Heimgartner is targeting an endurance co-drive for next season after a successful campaign with Tim Slade in the 2017 Pirtek Enduro Cup.

Heimgartner proved one of the stand-out performances after being drafted into the Brad Jones Racing squad at the eleventh hour when Ash Walsh was ruled out of Bathurst with injury, and remained in the car for the Gold Coast event where he recorded his first Supercars podium.

“I had a good campaign with them, or the two races I did, and got a good result at Gold Coast,” Heimgartner told Speedcafe.com.

“I’d like to continue with Brad, they’re a good operation, but we’ll just have to wait and see.

“It’s still so early to be worrying about co-drives and stuff. We’re talking to people and there’s a few things going around.

“Obviously there wasn’t any big expectations being chucked in last minute to replace Walsh, but I think we did a good job.”

After losing out on a full-time Supercars gig at the end of 2016, Heimgartner competed in the Porsche Carrera Cup Australia series this season, finishing runner-up to David Wall in the title race.

Last weekend he competed in the BNT V8 support category at the ITM Auckland Super Sprint, winning the final race of the weekend, a series he’s hoping to use over the summer to remain race sharp.

Carrera Cup however remains the focus, with Heimgartner considering it the best shop window for other opportunities, despite not yet having a 2018 drive locked away.

“We’ve still got to confirm all that sort of stuff,” he admitted.

“To be able to go and challenge for the championship like I did this year, it’s a great challenge for me personally and it brings up me level of skill and experience battling for those championships against those people. It’s all positive.

“Hopefully next year I’ll be back in Carrera Cup. It’s I something I want to do indefinitely – Carrera Cup, then co-driving, some bits and pieces overseas

“I want to try and do dome Blancpain endurance driving over in Europe and Asia and have some fun.

“Even from just that one year I did (in Carrera Cup), the opportunities that opened up were quite good.”

Heimgartner will also line up in place of Chaz Mostert in next weekend’s Australian Production Cars season finale at Wakefield Park.