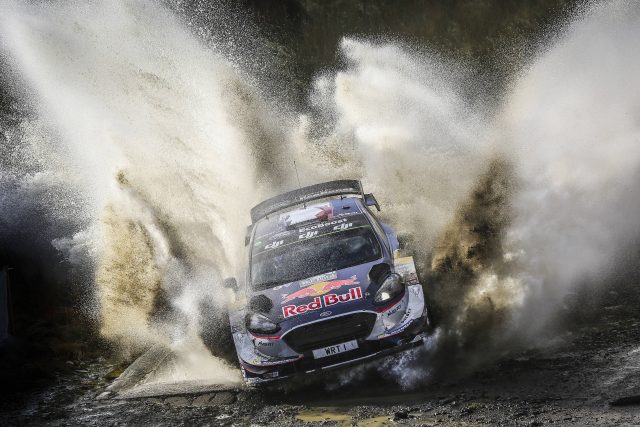 Organisers have confirmed a 78 crew field for this year’s Kennards Hire Rally Australia.

Drivers from all over the world will descend on Coffs Harbour in New South Wales for the final round of the World Rally Championship season.

The 25th running of the event, which begins on November 16, will see a bumper entry, including 18 internationals, tackle 21 stages on forestry and rural roads north and south of the Coffs Harbour event base.

Headlining the WRC entry is newly crowned five-time world champion Sebastien Ogier and co-driver Julien Ingrassia, who wrapped up the title in Great Britain, driving for the M-Sport Ford squad.

While the championship battle is over, second place in the standings is yet to be secured with Hyundai’s Thierry Neuville and Toyota bound M-Sport driver Ott Tanak set to do battle for the runner-up position.

The field also includes New Zealand’s Hayden Paddon (Hyundai), who will be keen to impress in his home WRC round.

Last year’s Rally Australia winner Andreas Mikkelsen will pilot a third Hyundai i20, while Citroen will be represented by Kris Meeke, Craig Breen and Stephane Lefebvre.

It will also be the first time Australian crowds will witness the latest generation WRC cars.

The internationals will be complemented by 58 crews contesting finals of the Australian Rally Championship and New South Wales and Queensland State series.

Reigning Australian Rally champion Molly Taylor leads the standings heading into the event as she looks to claim back-to-back titles.

The Subaru driver is likely to face a challenge from rival and Coffs Harbour local Nathan Quinn.

“We’re ready to host an event of true World Championship quality,” he said.

“All-new roads on Friday and updates to the itinerary on Saturday and Sunday hold a challenge worthy of these amazing drivers and their cars – and plenty of thrills for spectators.

“The Destination NSW Super Special Stage has some new features and the daytime stages are looking beautiful after recent rains.

“State forests comprise around 75 percent of the stages and the Forestry Corporation of NSW has put enormous effort into presenting the roads and the spectator areas in great condition.”

The high-flying WRC action starts with the first special stage, Pilbara 1, at 8.13am on Friday.