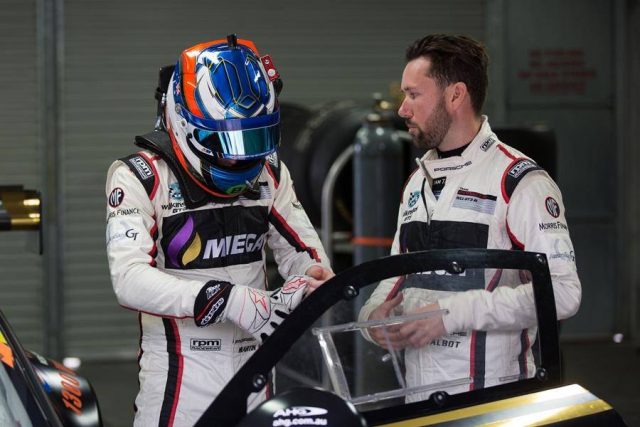 Walkinshaw Racing has resolved a throttle body problem which had plagued Liam Talbot’s and John Martin’s Porsche ahead of this weekend’s Highlands 501.

The #911 Mega Racing 911 GT3-R finished fourth in the previous Australian Endurance Championship round at Hampton Downs, languishing with a throttle body issue in the latter stages of the race which cost them approximately five seconds per lap.

However, the team since resolved the drama, which also affected them during qualifying for the Australian GT Championship round at Townsville in July.

Talbot says that Walkinshaw Racing will prioritise a race win at the Otago circuit despite the duo being an outside chance of winning the championship.

“We had issues at Townsville with the throttle body, but it crept in at Hampton Downs again,” said Talbot.

“It’s all replaced though and all fixed so I know it won’t be a problem.

“The boys have been working hard and prepped the car so we’re in a really good window – I can’t wait for the weekend.

“There’s no focus on the championship for us, it’s just going for the race win.”

Meanwhile, Roger Lago and David Russell are also ready to tackle the Highlands 501, after the Lago Racing Lamborghini RE-X was repaired over the break following a crash for the former during practice for the Hampton Downs event.

Lago lost control of the Lamborghini on the exit of Turn 7 in slippery conditions during Practice 3, making contact with the concrete barrier and causing heavy damage to the front-right of the car.

The team did not have the spare parts available to make the repair overnight, however they have managed to do so between events.