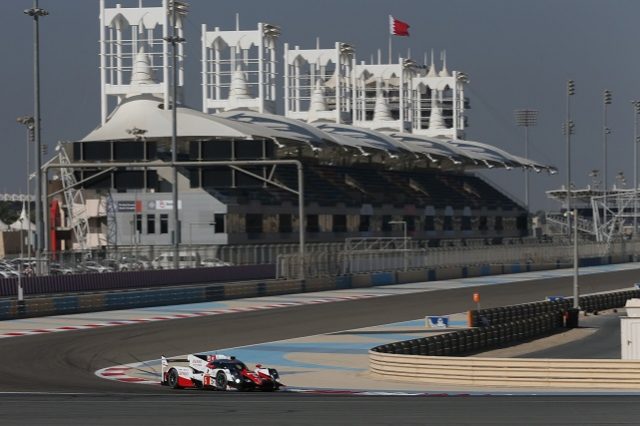 The first issue of the entry list for this month’s World Endurance Championship rookie test at Bahrain does not include Fernando Alonso.

According to reports, Alonso is set to drive a Toyota TS050 Hybrid in the test which takes place on the day after the final race of the season, but his participation has not been confirmed yet.

The two-time world drivers’ champion is believed to have visited Toyota Motorsport GmbH headquarters in Cologne on Monday in order to begin preparations for the test.

Russian Formula 3.5 V8 driver Konstantin Tereshchenko will be given a try-out in the TDS Racing ORECA in the test the day after the WEC finale.

Indian driver Mahaveer Raghunathan, class champion in the BOSS GP open single-seater series this year, will be given a run in the G-Drive ORECA.

They will join Jackie Chan DC Racing driver Thomas Laurent, who has already been confirmed with Toyota.

A Porsche 919 Hybrid will be tested by whoever wins the F3.5 V8 title over the Bahrain weekend.

The second and third-placed drivers will be given runs with the winners of the LMP2 and GTE Pro teams’ titles respectively.

Round 9 of the 2017 FIA World Endurance Championship takes place in Bahrain on November 16-18, with the rookie test on November 19.