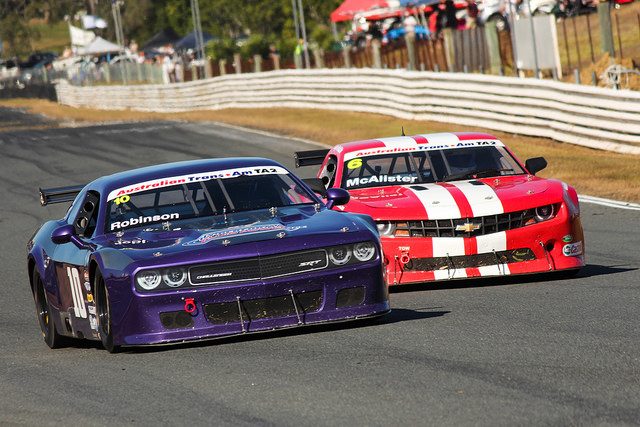 Trans-Am 2 Australia will run a national series in 2018 with events up and down the east coast of the country.

The Australian Trans-Am 2 Racing Series will run to a seven-round calendar, of which six will be for series points and the seventh an invitational round at the popular Muscle Car Masters meeting.

Half of those series rounds will run on the recently announced Australian Motor Racing Series program, starting with the opener at Winton.

That round, as well as the other two to run on AMRS at Wakefield Park and Sydney Motorsport Park, will receive live stream coverage and highlights on Foxtel’s Aurora channel.

“It’s a well-balanced calendar that focuses on our roots in Queensland, while also forming a basis for our planned national expansion,” said Trans-Am 2 Category Manager Craig Harris.

“We’re excited to host the opening round of the national series at Winton Motor Raceway, our first event in Victoria.”

The series is also working to run its Muscle Car Masters round as an international event featuring drivers from Trans-Am Series in the US, Asia, and Europe.

According to series management, 15 cars have already been sold to competitors in the eastern states including to Prodrive Racing Australia co-owner Rusty French.

A total of 21 examples of the cars, which feature a purpose-built space-frame Howe Racing Enterprises chassis and 525 horsepower GM Motorsport engine, will be imported into the country ahead of next year’s season.

Harris, is a former Supercars driver, believes that the series can serve as a rung on the ladder for drivers aspiring to reach the Virgin Australia Supercars Championship.

“They have similar driving characteristics, and it provides a chance for drivers to learn about using the MoTeC system for data analysis,” he said.

“They’re great fun to drive. There’s over 525 horsepower, but with all the creature comforts expected of a modern race car.”

TA2 launched in Australia as a state-based series in 2016.