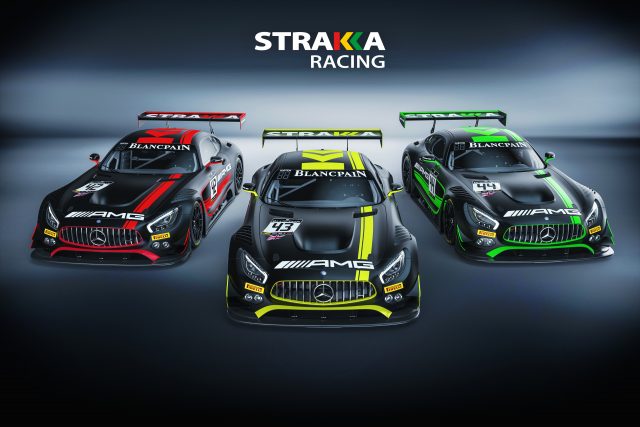 Successful British outfit Strakka Racing has confirmed plans to contest the Liqui-Moly Bathurst 12 Hour as part of their 2018 GT program.

Strakka Racing aims to field three Mercedes AMG GT3s at these events and the Blancpain GT Series Endurance Cup following a change of manufacturer from McLaren to Mercedes.

The team is expected to debut its new Mercedes cars at the Bathurst 12 Hour from February 2-4, although driver line-ups are yet to be confirmed.

“It’s great for Strakka to be back on the world stage and competing at venues such as Bathurst and Laguna Seca,” said team founder Nick Leventis.

“Together with a return to the Endurance Cup, we’ve a got an exciting calendar next season and a partner in Mercedes-AMG that will enable us to fight for podiums and wins.”

“Regrettably, we suffered a range of issues that prevented us from being competitive in 2017 and despite a desire for stability, a change was necessary,” added Leventis.

“After a thorough review, we feel the opportunity to become a Performance Team for Mercedes-AMG is the perfect platform for the future of Strakka.”

Speedcafe.com understands that Strakka will not be the only European team to make the trip to Bathurst in February as interest in the event continues to grow in the region.