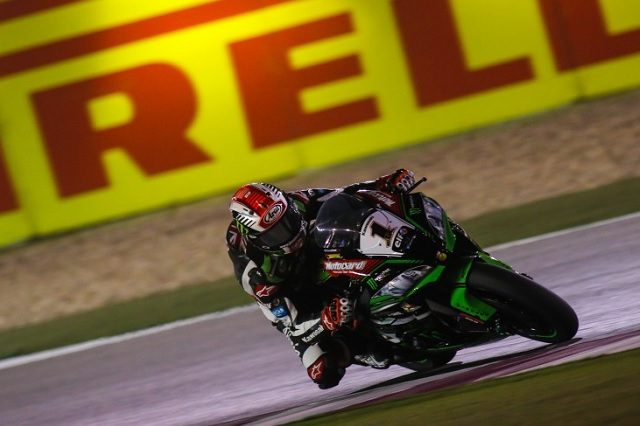 World champion Jonathan Rea capped off the 2017 Superbike World Championship with an emphatic weekend in Qatar, winning both races and in the process amassing the greatest season points haul in the championship’s history.

In Friday night’s Race 1, Rea (Kawasaki Racing Team) got the jump on the field from pole position and was never challenged.

On Saturday night, Davies made a stellar start to go from eighth on the grid to the lead of the race in just two corners.

The #7 Ducati rider then had a huge wobble on Lap 4 and while he stayed on the bike, Rea was able to pass.

Is this the save of the year? 🙈 pic.twitter.com/pETdcVWCV7

Rea finished just under two seconds ahead, making for 16 race wins from 24 podiums in the 26 races of this year’s world championship.

The Northern Irishman broke Colin Edwards’ 15-year-old record by scoring 556 points on his way to a third straight title.

Davies was runner-up in the title race, 153 points (the equivalent of more than six races) behind.

Tom Sykes (Kawasaki Racing Team) lost any chance of overtaking Davies in the championship when he crashed out on Lap 3.

The provisional 2018 calendar begins in Phillip Island on February 23-25. 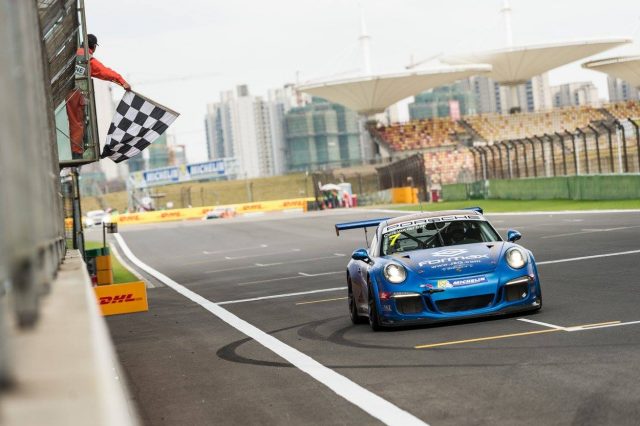 Chris van der Drift has been crowned Carrera Cup Asia champion for the second time after taking a win and a sixth in the final weekend of the season in Shanghai.

The New Zealander qualified on pole for both races but faced a stern challenge from compatriot Will Bamber in the Round 12 race.

Van der Drift (Team Formax) briefly lost the lead at the start and then survived a big manoeuvre from Bamber (FAW T2 Motorsport) later in the race which allowed him to clear out.

Austrian Martin Ragginger (Team Porsche Holding), who had held a slim points lead before Round 12, finished only seventh and qualified 11th for the final race of the season, meaning van der Drift could cruise in Round 13.

Bamber’s weekend results of second and fourth saw him take third in the championship.

Already missing the action from yesterday’s finale? Watch the highlights to re-live it all. pic.twitter.com/MoI91RjDI8