Coulthard: Supercars title bid is not over

Coulthard: Supercars title bid is not over 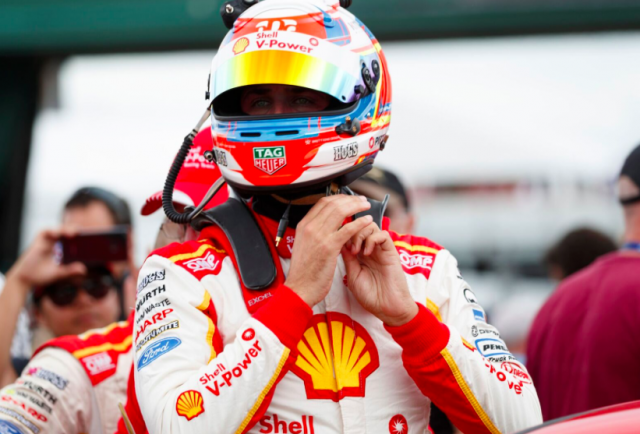 Fabian Coulthard has not given up on challenging for a maiden Supercars title at the Coates Hire Newcastle 500 finale despite an eventful weekend in New Zealand.

The Shell V-Power Racing driver has fallen 176 points adrift of the championship leader Jamie Whincup after his title hopes were dealt a blow when he ended Race 23 of the ITM Auckland Super Sprint on his roof.

Coulthard, who held a 17 point deficit at the start of the weekend, managed to recover some lost ground by coming home fifth on Sunday.

The result arrived after his team worked through the night and into the small hours of Sunday morning to repair his damaged Falcon.

While his team-mate Scott McLaughlin and Whincup remain the hot favourites to take out the championship, the New Zealander says he is far from throwing in the towel.

Coulthard, who led the championship at the halfway mark, believes there could be further twists and turns in the title race as the series prepares to tackle the untested Newcastle street circuit from November 24-26.

“No way, it is not over,” Coulthard told Speedcafe.com.

“If you look what happened to me (over the weekend) and others have had dramas, it is still on.

“We are going to a track that nobody has ever been to, it is all on.”

Although focussed on his own title bid, Coulthard says he will help team-mate McLaughlin’s championship challenge if his own hopes fade at Newcastle.

McLaughlin is only 30 points behind Whincup, who is expected to be assisted by team-mate Shane van Gisbergen, should he need help to claim a seventh title at Newcastle.

“Obviously I want to do what is best for myself, but if there comes a point where I can’t realistically win it when I need to do it (help Scott) I will do it,” he added.

Meanwhile, Coulthard has praised the efforts of his team for working tirelessly to repair his car in time for Sunday’s race.

The team worked until 4:30am fixing the #12 Falcon FGX which required a complex roof panel replacement, after parts were donated by NZ V8 and former Supercars driver Jason Bargwanna.

“Everyone has worked hard and there is a never give up attitude,” he added.

“They worked their butts off overnight and they were running on caffeine on Sunday, they did a great job.

“Without my team I am nothing and they all pulled together so we could race on Sunday.

“I think the result is a bit of a reward for them.”