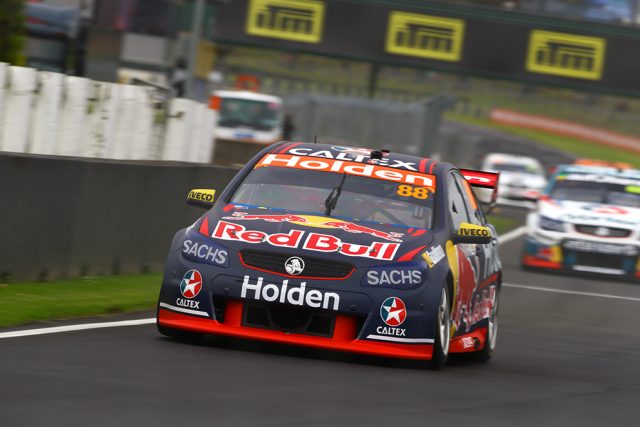 The Red Bull Holden Racing Team driver jumped from seventh to the top of the times with just two minutes remaining as the six-time champion claimed only his second pole position of the season with a 1:02.51s lap.

It proved to be one of the hardest fought sessions of the season with 0.05s covering the top four at a dry 2.91km Pukekohe Park Raceway.

“Heading out with green tyres, P7 I think I was, and Scotty was on pole, so had to pull it all out, took a risk, could have ended up P20 but got pole.”

McLaughlin, who is second in the series standings, was fastest at the halfway mark in the #17 Shell Ford, and was just 0.0055s shy of Whincup at the chequered flag.

Brad Jones Racing’s Tim Slade impressed to claim sixth ahead of Race 23 race winner Shane van Gisbergen (Red Bull Holden), who was outside of the top 10 heading into the final moments.

Meanwhile, Craig Lowndes survived a visit to the Turn 4 barriers to finish the session in 12th position.

Lowndes misjudged Turn 3 which then put him off line and into the tyre wall at Turn 4.

Luckily he was able to recover the car, preventing a stoppage to qualifying late in the running.

Michael Caruso was the top Nissan entry in 13th position.