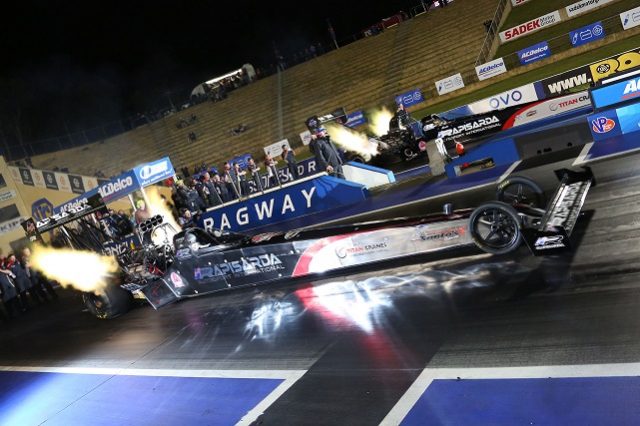 Earlier, Harris had beaten yet another team-mate in Ashley Sanford in the first round and then progressed past a red lighting Peter Xiberras in the semi-finals.

Pro Slammer went the way of American Frankie Taylor, who had to beat Mark Belleri in the semi-finals and then Paul Mouhayet in the final.

Mouhayet, however, takes the series lead with his second runner-up finish in as many rounds this season.

John Zappia, who was knocked out by Mouhayet in the semi-final, at least lowered the national record to 5.601s during his meet.

In Pro Stock, Aaron Tremayne beat Jason Hedges in the final with the quickest run of the day (6.994s).

The 400 Thunder Series continues with New Year’s Thunder at Willowbank Raceway on January 6.