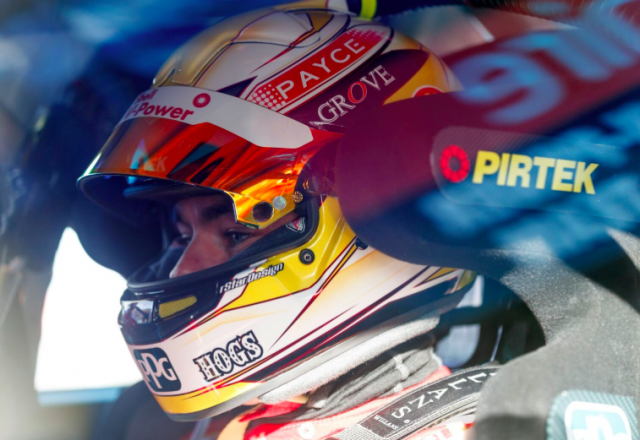 The Shell V-Power Racing driver lit up the timing screens early in the 40 minute session before lowering his benchmark after a brief red flag period, caused by Lucas Dumbrell Motorsport’s Aaren Russell, who spun at Turn 1.

McLaughlin endured a moment of his own during the session when he lost control at the Turn 8 hairpin shortly before becoming the first man to dip into the 1:02s bracket on a new set of tyres.

The New Zealander held a 0.6s margin over the field with five minutes remaining before a raft of fast lap times as drivers adjusted to the partially resurfaced Pukekohe circuit.

Fabian Coulthard ensured it was a DJR Team Penske 1-2 as the fellow Kiwi proved 0.16s adrift of his team-mate.

Coulthard’s session wasn’t trouble free as he also ran on at Turn 8.

“So far so good but it’s early days, we’ve got a lot to work with,” said Coulthard.

“It’s nice to get a dry session in before it rains if it’s going to, so we’ve got some good things to look over, Scotty did a great job, my car’s pretty good so we’ll make it better and go again.”

Championship leader Jamie Whincup jumped to third on his final lap in the #88 Red Bull Holden ahead of Brad Jones Racing’s Tim Slade.

Bright was the fastest of the Prodrive Fords ahead of Chaz Mostert and Mark Winterbottom.

Shane van Gisbergen struggled for outright pace which left him in 19th position.

Meanwhile, Jack Perkins had an eventful start to his stint at Lucas Dumbrell Motorsport when he ran wide and found the wall at the final corner early in the session.

Perkins, who has replaced Alex Rullo in the #62 Commodore for the rest of the season, damaged the right rear of the car before returning to the track, which then forced Courtmey to take evasive action.

The LDM entry didn’t appear for the remainder of Practice 1.

“I can’t sort of blame anything but ultimately I’m experienced enough to not do that sort of stuff,” said Perkins.

“I’m just getting familiar with the car and they changed the steering rack before that session because it had some dramas and didn’t sort of feel right but maybe something got a little worse.

“Ultimately it’s not what you need to be doing on the first few laps of practice.

“My ambition this weekend was to just keep the car straight for the boys so I’ll get in and give them a hand to fix it but not how you want to start.”

The field will return for a final practice session at 1510 local time.