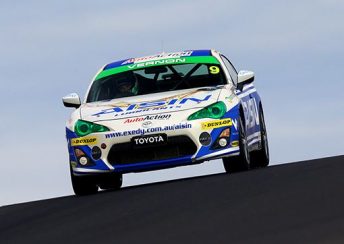 Next season’s Toyota 86 Racing Series will feature a new event at The Bend Motorsport Park and a return to Sandown as part of an expanded 2018 calendar.

It makes for the longest season in the category’s three-year history, and the first time it’s ventured off the eastern seaboard.

“Next year’s calendar provides even more challenges and variety with the country’s two fastest circuits at Phillip Island and Bathurst, as well as Sandown, a brand new venue at Tailem Bend and the two street circuits.”

Falling off the schedule is Sydney Motorsport Park, while the category forms part of the Supercars support program for the inaugural The Bend Supersprint in August.

“The circuit configuration for the 86s will be 4.95km with 18 challenging turns – a fast and flowing layout,” explained Sam Shahin, managing director of The Bend Motorsport Park.

“It will be a rewarding technical circuit, with terrific overtaking opportunities – whether at hairpin corners or the end of the 15 metre-wide main straight.”

The 2018 campaign will kick off at Phillip Island in April before a three-month break ahead of Round 2 at the Townsville 400.

The season then wraps up with visits to Mount Panorama, as part of the Bathurst 1000 weekend, and the Newcastle 500.