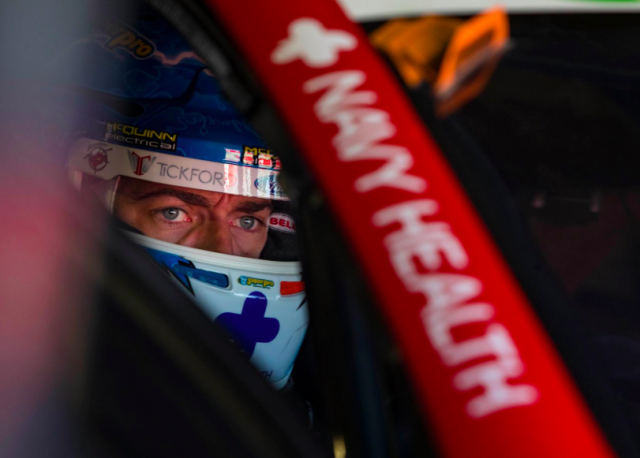 Chaz Mostert is looking to upset a partisan crowd at the ITM Auckland Super Sprint by taking crucial championship points away from a flying Kiwi trio on home soil.

Mostert has emerged as an outside shot at this year’s title following a strong second half of the campaign that has yielded top 10 finishes in each of the last 10 races, including two wins and a further three podiums.

With much of the focus on home grown stars Coulthard, McLaughlin and reigning series champion Shane van Gisbergen, Mostert is hoping to spoil the party having not given up on his own title aspirations.

“I always want to upset the party when you come across here,” Mostert told Speedcafe.com.

“They have been coming across to Australia and stealing our trophies so let’s see if we can steal some from them.

“I have had a pretty good consistent year but I wish we were more points in front than being behind.

“I’m the hunter and we are still trying to hunt people down and get some more points. I just want some champagne and some trophies.”

Preparations for this weekend’s ITM Auckland Super Sprint stepped up today with drivers able to assess circuit improvements for the first time via track walks.

Sections of circuit have undergone levelling and resurface including the high-speed bumpy Turn 1 and the final corner.

The back straight betweens Turn 4 and 5 has been completely resurfaced along with the pit lane, which features brand new garages instead of marquees previously used.

Mostert approves of the changes but will reserve a full judgement until after Friday’s opening practice.

“We always want the whole track resurfaced but they had done the bits that needed doing,” he added.

“I think they have taken out some of the bumps in Turn 1, hopefully it doesn’t damage any of the cars as we have only got limited spares when we go overseas.

“In saying that, the new garages are amazing and it makes us feel more at home. It has a tick of a approval from me as a driver.

“I think the same guys will be the ones to beat, but it (the new surface) could throw a spanner into the works.”

The ITM Auckland Super Sprint will begin on Friday at 1115 local time.