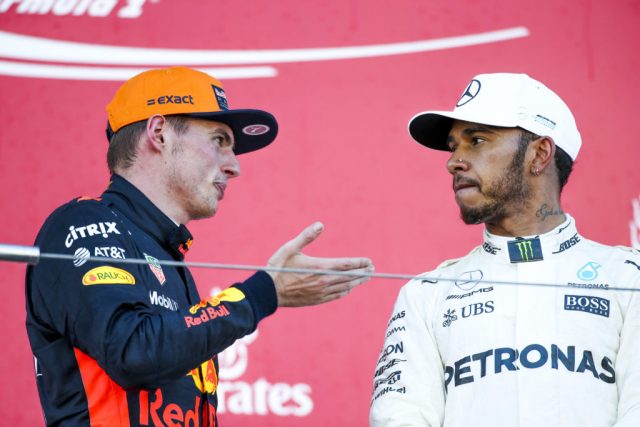 With Verstappen having claimed two wins in four starts, Hamilton believes he’ll need to raise his game to fend off the rising challenge from the Red Bull driver in the years ahead.

“I want to be better next year,” said Hamilton.

“The challenge is going to be even bigger from Ferrari and Red Bull next year.

“Formula 1 doesn’t sleep. It doesn’t stand still. There is always someone there waiting to take my position.

“I’ve got Max sitting there waiting to take it.

“I’ve got to raise the game another level in order to stay ahead of him and that motivates me.

“There’s my motivation already for next year.”

Hamilton cited his three-abreast battle with Verstappen and Vettel at the Mexico start as evidence of the three-way contest ahead in 2018 and beyond.

“Max is an exceptional driver,” Hamilton said. “He drove fantastically and to see his racecraft at the start of the race was awesome.

“I was looking forward to having a battle with him and it is great to see Red Bull up there again.

“I hope they have a better engine next year and they are more in the fight.

“I think it would be great for the sport. You have a potential world champion in Max and he is only going to get stronger with age because he is a lot of raw talent.

“He has a long way to go but these wins are only adding to his great potential and I am looking forward to battling with that.

“Going down that straight three-abreast with two of the greatest drivers I have come across was…oh my God. I was so excited for the race.”