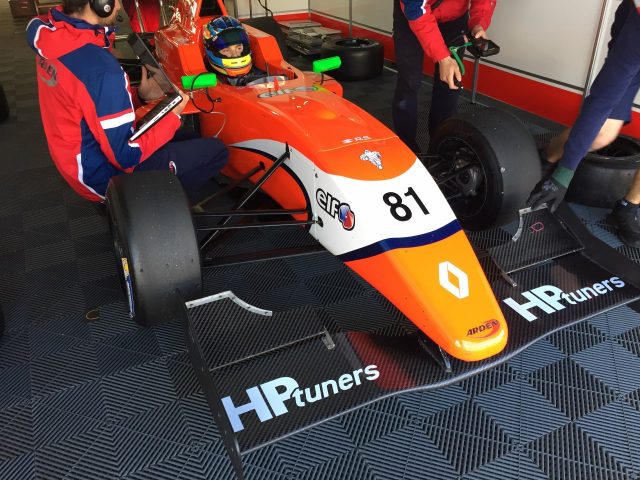 Oscar Piastri at the test

Piastri was one of 15 rookie drivers invited to take part in the test day, which featured a total of 36 drivers, having finished second in this year’s British Formula 4 Championship.

His best lap of 1:42.434s in the morning session, the faster of the two 3hr 30min hit-outs for most drivers, was less than 0.3s off the benchmark set by Italian Lorenzo Colombo.

Piastri, who recorded the fastest Sector 2 split in that session, was set to improve his position before he spun at Turn 4.

“The morning session was very good, apart from the spin on my second push lap with new tyres,” said the 16-year-old.

“I haven’t driven the Renault car at Barcelona before so I was working hard to find my markers and get into a rhythm for most of the session.”

In the afternoon, he lapped 0.15s slower, with only the pace-setting American Neil Verhagen going faster out of the top 12 overall.

“I didn’t get an optimal run on my new tyres in that session,” said Piastri.

“It seemed like everyone swarmed onto the track in the last 10 minutes so I got blocked a little and then had to lift and find track position.

“My push laps came too late and these tyres have only a one or two lap window of maximum grip.

“I’m pretty happy with how the day went. Of course, as a driver you always know there was some time to gain in some sections and there are a few specific techniques with this car so I’ll be working on that over the winter.”

Peroni is yet to confirm his 2018 plans.