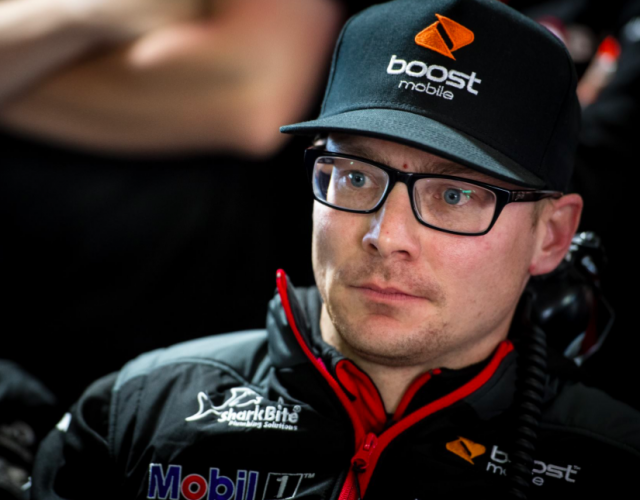 Jack Perkins will replace Alex Rullo at Lucas Dumbrell Motorsport for the final two rounds of the Supercars season.

Perkins will fill the seat following a dispute between Rullo’s management and the team after the latter announced plans to terminate his two-year agreement early at the Vodafone Gold Coast 600.

The Melbourne squad has now confirmed its line-up for this weekend’s ITM Auckland Super Sprint with the drive in limbo earlier in the week.

However, Speedcafe.com understands Rullo travelled to Pukekohe today in the hope of continuing in the #62 Commodore.

Perkins also made the trip to New Zealand today.

“We just couldn’t get to an agreeable place so we decided the best thing to do was to split and move forward,” Dumbrell told Speedcafe.com.

“It is an unfortunate thing and for neither of us it is ideal, but it is not the first time something like that has happened at a team.”

The Mobil 1 HSV Racing co-driver, who partnered James Courtney in this year’s Pirtek Enduro Cup, made his last solo appearance in the main game in 2015 when he filled at Lucas Dumbrell Motorsport in for the injured Nick Percat at Sydney Olympic Park.

Perkins, who only learned of the drive in the last 24 hours, is set to contest this weekend’s round and the Coates Hire Newcastle 500 season finale from November 24-26.

“You can’t lose sight of what the intention is which is to bring the car home in one piece and do a solid job,” Perkins told Speedcafe.com.

“I’m looking forward to having a drive in the car and any chance to do miles in this category is great.

“Pukekohe is a circuit that I have had tremendous success at in Supertourers (in New Zealand) and I have had many wins here, it is a track I thoroughly enjoy driving and the resurfacing and track changes is more of  a clean slate for everyone.

“Hopefully we can push for some improved results for the team.”

The team’s sister #3 entry is due to be piloted by Aaren Russell for the remainder of the campaign.