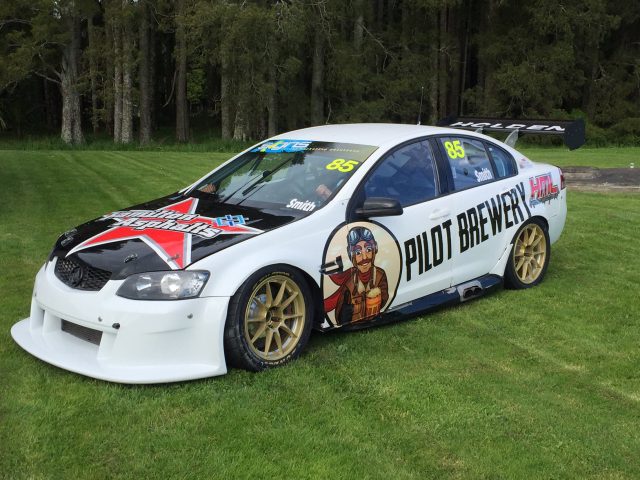 The Commodore which Jack Smith will race in Pukekohe

Smith will drive a Class One Hamilton Motorsports Commodore alongside team-mate Lance Hughes, with backing from Hamilton Asphalts and Pilot Brewery.

The 18-year-old says that the ride, his first in New Zealand, will help keep him sharp during the off-season.

“The aim of coming to New Zealand and doing the BNT V8s series is to gain further mileage in a car that is similar to a Supercar,” Smith explained.

“Essentially most of the championship is run in the Australian off-season, so when the new season kicks off in Australia in March I will have done a lot of driving over summer and will be race ready.”

The news comes after Andre Heimgartner’s return to the BNT V8s was announced a fortnight ago.

Round 1 of the series features on the support card for this weekend’s ITM Auckland Super Sprint (November 3-5).