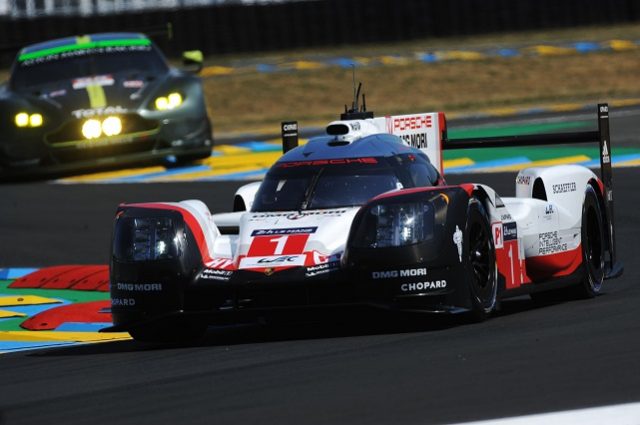 Porsche’s LMP1 drivers will not necessarily be handed seats in the German manufacturer’s Formula E program but will be strongly considered.

LMP1 team principal Andreas Seidl has confirmed that Porsche will continue to recruit from within when it enters the all-electric series from 2019/20.

Porsche has also said that it will offer new race programs to its current LMP1 drivers, who will remain under contract.

“The idea is that we will continue the history that we have built up with these guys in the next programme,” explained Seidl.

He stressed that it was “not a given” that two of the six will land the Formula E seats, but he said Porsche would “look in-house first like we did when we entered P1”.

Seidl suggested that Andre Lotterer and Neel Jani’s deals to race for Techeetah and Dragon Racing in Formula E season four in 2017/18 would not necessary mean they jump ahead of the other LMP1 drivers in the queue for 2019/20 seats.

He described their arrangements as “private deals” that were “good for Porsche”.

Timo Bernhard, Romain Dumas and Marc Lieb were already Porsche drivers when they joined the LMP1 squad on the marque’s return to the top-flight of sportscar racing in 2014.

Nick Tandy and Earl Bamber then stepped up from Porsche’s GT roster to drive the third 919 Hybrid at the 2015 Le Mans 24 Hours, before landing full-season WEC drives for 2017.

Brendon Hartley has contested the two most recent Formula 1 grands prix for Scuderia Toro Rosso, and team boss Franz Tost said there was a “high possibility” he could race for the squad full-time in 2018.

Porsche had a presence at the official Formula E pre-season test at Valencia earlier this month, embedding engineers with the Dragon team.

Seidl would not be drawn on whether this arrangement would continue or whether it would seek a partnership with an existing team as it gears up for its Formula E entry.

“We had guys in that garage (Dragon’s) and we were looking around other garages, too,” he explained.

“We used Valencia as an opportunity to have a first look and get an idea of what Formula E is, so that once this season is finished we can create a new structure.”

On the subject of an alliance with one of the teams not affiliated to a major manufacturer, he said, “We could, but everything is open at the moment.”