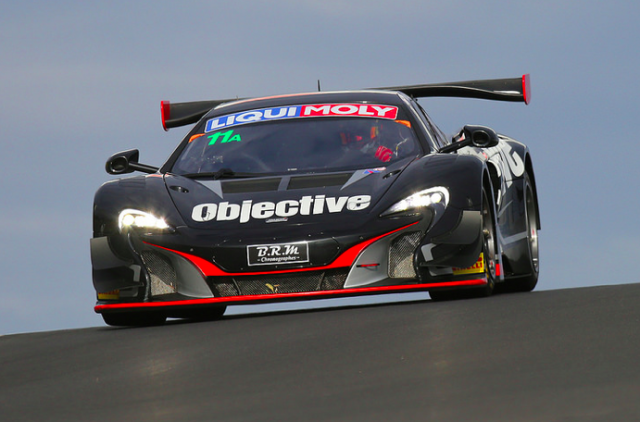 Slade has contested the last two editions of the Bathurst 12 Hour with the McElrea Racing run squad, who were 20th in the results after a drama-filled race this year.

“It’s great to be heading back to Bathurst with Tony and the Objective Racing crew,” said Slade.

“Things haven’t gone to plan the last couple of years and we haven’t been able to get the kind of results we know we are capable of – but the car is fast and if things roll our way we know we will be competitive.

“Thanks to Tony for inviting me back. I’m really looking forward to getting back behind the wheel of those cars.”

Luff will bring a wealth of experience to the quartet having scored a Bathurst 12 Hour podium in 2011.

He has also finished on the podium in four of his last six Bathurst 1000 campaigns, including a second place for Mobil 1 HSV Racing earlier this month.

The Kiwi has impressed in GT racing this year by winning the opening two Australian Endurance Championship races alongside Tim Miles in an Audi R8.