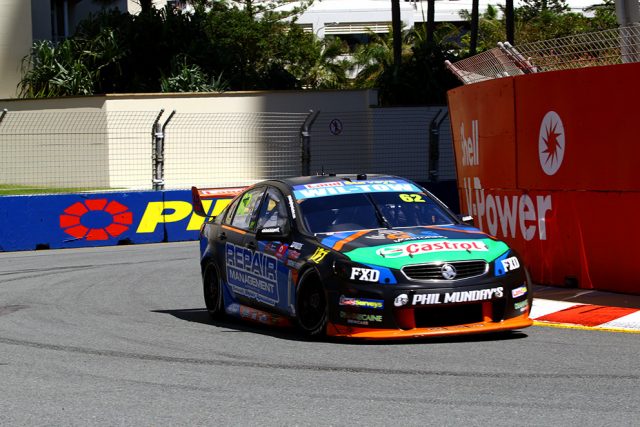 Alex Rullo could be set to leave Lucas Dumbrell Motorsport with two rounds of his maiden Supercars season remaining.

It is believed a dispute between the team and Rullo’s management has been triggered after a disagreement regarding the squad’s 2018 direction, following a buy-in by businessman Phil Munday.

The new LDM/Munday entity is expected to run a single Prodrive-built Ford Falcon as part of customer deal with the Ford team, which is on the verge of completion.

It is thought the team has no plans to run Rullo in the car next year.

While there has been no official confirmation of the split, it has been reported that the entry has been listed as TBA for this weekend’s ITM Auckland Super Sprint.

However, Speedcafe.com understands Rullo’s travel arrangements for New Zealand remain in place at this stage.

Rullo’s management has told Speedcafe.com that the 17-year-old had a two-year agreement in place having made the leap from the Dunlop Super2 Series to Supercars this year.

The Perth teenager became the youngest driver to compete in the series, aged just 16, after requiring a special licence dispensation from the Confederation of Australian Motor Sport (CAMS).

Speculation of a split between Rullo and LDM emerged last week with Prodrive co-driver Richie Stanaway linked to the seat for the final two rounds.

The New Zealander is angling for a full-time drive in the category next year having impressed in the Pirtek Enduro Cup and a Dunlop Super2 Series outing at Sydney Motorsport Park in August for Prodrive.

LDM’s second REC could be sold to Prodrive to allow the operation to run Stanaway on a full-time basis next year.

Meanwhile, the team expects Aaren Russell to continue behind the wheel of the #3 Commodore at the ITM Auckland Super Sprint, before rounding out the season at his home round at the Coates Hire Newcastle 500.