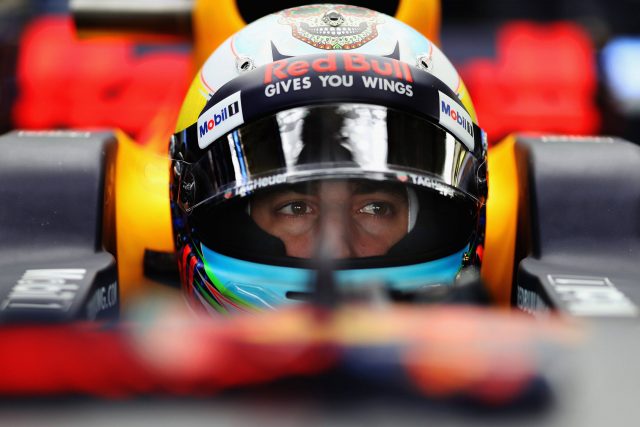 The Australian was forced to retire early with an engine issue for the second race in succession in what proved to be a race of attrition for Renaults power units.

It is understood the Red Bull driver suffered a turbo failure having climbed from 16th on the grid to seventh, before retiring the car on Lap 6.

The retirement arrived after Red Bull changed elements on his engine which incurred a grid penalty.

Ricciardo wasn’t the only driver to suffer as Renault’s Nico Hulkenberg and Carlos Sainz retired with a suspected engine issue, while Toro Rosso’s Brendon Hartley ground to a halt in plumes of smoke just before half distance.

“Certainly something fundamental (is) going on,” said Ricciardo when asked if  altitude or temperatures in Mexico contributed to the failure.

“We’ve been coming to Mexico the past few years so there shouldn’t be any surprises – I know the altitude and temperatures have been hard to stay on top of this weekend.

“I don’t know if it’s this year’s spec of engine, which is struggling up here – obviously it is, but why we’re not sure.

“It’s been a pretty grim weekend for a few of us, it’s a shame to be out early again.

“I guess it’s a bit of what Max (Verstappen) experienced early in the year – it’s not so fun.”

It is unclear if Ricciardo will face another engine penalty in Brazil after a promising start in Mexico turned into disappointment.

“I did what I could at the start – it was pretty close, there was a bit going on – but I made quick progress.

“I told Helmut (Marko) this morning that I’d get up to seventh by the end of the first lap. I was a couple of laps off I think, but we got close.

“We put the new unit in, but something went wrong. Not really sure what it was or where that puts us for Brazil.”