POLL: Where should Ricciardo drive in 2019?

POLL: Where should Ricciardo drive in 2019? 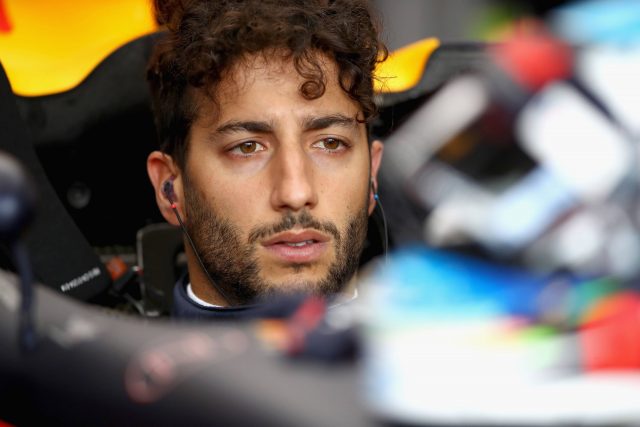 Daniel Ricciardo has emerged as a key player in the Formula 1 silly season with the sport already looking ahead to the 2019 season.

The Australian has a year left on his current contract at Red Bull Racing although his plans beyond 2018 are yet to be secured.

His future has been brought into the spotlight now Max Verstappen has signed a surprise contract extension at Red Bull until at least the end of 2020.

This contract extension follows a new three-year deal for Sebastian Vettel at Ferrari, while newly crowned four-time world champion Lewis Hamilton has signalled that he will agree terms on a long-term contract at Mercedes before the end of 2018.

It appears Ricciardo will have three options to consider in his pursuit for a shot at the F1 title.

The 28-year-old could stay at Red Bull and remain loyal to the brand that has helped guide him through the lower formulas up to F1.

Ricciardo has proven his talent at Red Bull having overshadowed then team-mate Vettel during his first season at the team in 2014, before taking on Daniil Kvyat and now Verstappen.

Red Bull made a slow start to this season but has shown it can produce a car capable of challenging Ferrari and Mercedes for race wins on a regular basis.

Likewise Renault is allocating more resources to improve its engine for 2018 and beyond, which could make Red Bull a hard team to leave.

Red Bull has said it would like to retain Ricciardo after next season.

Since the Verstappen announcement, Ricciardo has hinted at the opportunity of having Hamilton as a team-mate and being able to take on the four-time world champion.

A seat at the championship winning Mercedes squad could become available in 2019 with Valtteri Bottas currently armed with only a one-year contract extension.

However, should a move occur Ricciardo is likely to find himself at a team built around Hamilton.

Although, Nico Rosberg did prove it is possible to beat Hamilton in the same machinery when he won last year’s championship, before announcing his retirement.

The third option would be a move to Ferrari which is in a similar situation to Mercedes with its long term driver line-up.

Vettel is locked in until 2020 but Kimi Raikkonen’s tenure is up for renewal at the end of the 2018 campaign, which could free up a seat.

A switch would see Ricciardo once again alongside Vettel.

This however could provide management a few more headaches in terms of its driver hierarchy, having been renowned for operating a clear number one and number two driver policy.

Ferrari proved worthy title contenders this year but their campaign was plagued by reliability and pace concerns in the latter half.

All three options could provide Ricciardo a genuine chance at the F1 title he craves.

Where should Ricciardo position himself for 2019?