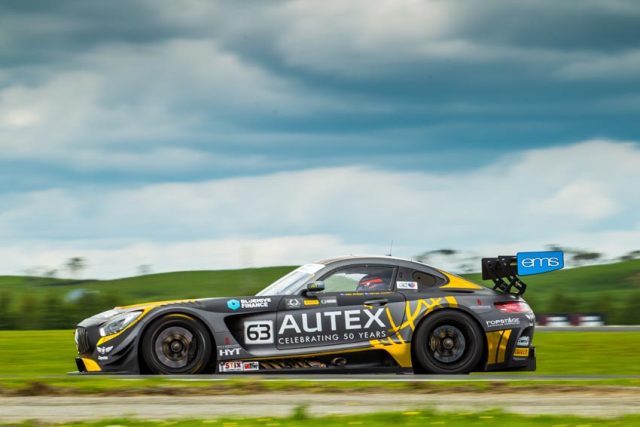 Peter Hackett and Dominic Storey have won Round 3 of the Australian Endurance Championship at Hampton Downs.

The Mercedes-AMG GT3 pair dominated the 500km event to win by almost half a minute over championship leaders Jaxon Evans and Tim Miles, with Tony D’Alberto and Max Twigg third.

Opting for a three-stop strategy, Hackett pitted early for fuel before handing the car over to Storey on Lap 62, who then controlled the race throughout his 67-lap stint to take the chequered flag.

Martin was also forced to trundle through the lane after being caught speeding in the pits, and only held off Andrew Waite for fourth by four seconds.

An early spin from Scott Hookey drew the only safety car of the race just as the pit window opened, while Fraser Ross and Alvaro Parente saw their hopes of victory slip away after picking up a pit lane penalty when too many mechanics entered the lane during their second stop.

Steve Richards and Dylan O’Keeffe looked set for a strong result before dropping a cylinder in the BMW M6 GT3, having sat fourth place in the opening stages before slowing on Lap 84.

Though they rejoined the race, the problems proved terminal and the car was eventually retired on Lap 97.

Victory moves Hackett and Storey to second in the championship, 76 points away from Miles and Evans whose advantage was reduced from 84 heading into the weekend.

Talbot and Martin fell to third in the title race, 117 points away from the leaders with 220 points on offer at the final round of the championship at Highlands in two weeks time.