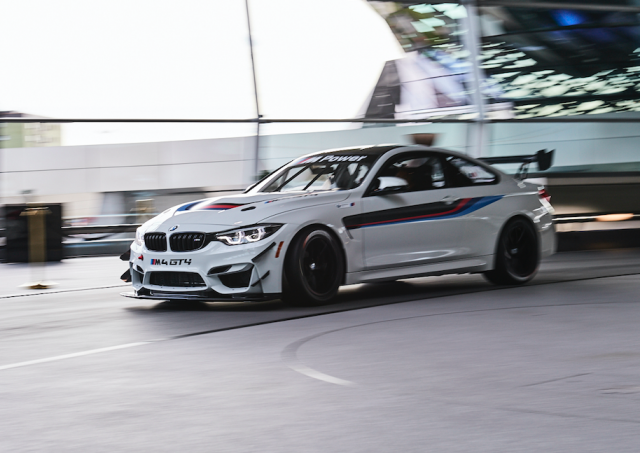 The two-time Bathurst 1000 winner is expected to take delivery of a new M4 GT4 this month, which he plans to field in the Mount Panorama endurance race for himself, Aaron Seton and a yet to be confirmed third driver.

BMW’s latest track weapon has attracted the attention of Longhurst, who has a long association with the marque.

This was resurrected this year when he contested the Bathurst 12 Hour in an M6 GT3 alongside Mark Skaife, Russell Ingall and Timo Glock.

However, Longhurst says the economical and growing GT4 class was one of the reasons for purchasing the M4 GT4, which is expected to arrive within the next two weeks.

A decision regarding the car’s plans after the Bathurst 12 Hour is yet to be made.

“I think it is going to be a really great class and it is affordable,” Longhurst told Speedcafe.com.

“The car spec is good and the engine lasts, so it appears to be a very economical car to run.

“The GT3 was hard to run and you need a cast of thousands to run it and with the GT4 we can run it up on a trailer and take to circuits for ride days to customers. That was particularly attractive.

“The first thing is to get through the Bathurst 12 Hour and I want to use it as a promotional tool for The Boat Works (Longhurst’s business).”

Longhurst’s Bathurst 12 Hour plan is likely to be the second M4 GT4 on the grid with BMW Team SRM set to field a car for the February 2-4 race alongside its M6 GT3.