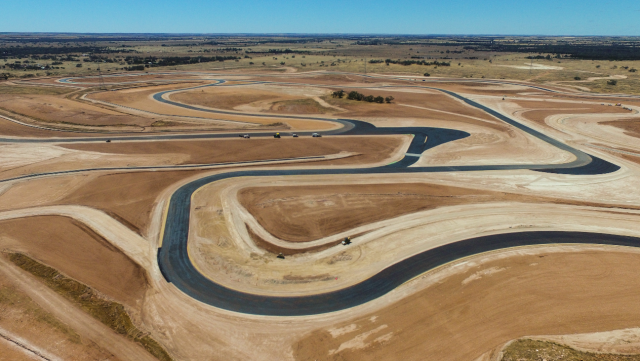 The Bend Motorsport Park has reached a crucial milestone with the process of laying asphalt now underway at the new state-of-the-art motor racing facility.

Following more than a year of preparation and earth works, the first sections of tarmac are being laid at the 7.77km circuit under construction at Tailem Bend in South Australia.

It is anticipated that more than 125,000 square metres of specially designed apshalt will be laid to help produce the second longest permanent race circuit in the world.

A mobile asphalt plant, one of only two in the country, will be set up at the site to assist the project from start to finish.

The $110 million FIA category 2/FIM accredited venture is expected to open next year and will host a round of the Virgin Australia Supercars Championship from August 24-26.

A 24 hour cycling event will officially christen the track on January 13-14.

The circuit is hoping to attract up to five major events for its first season of operation. 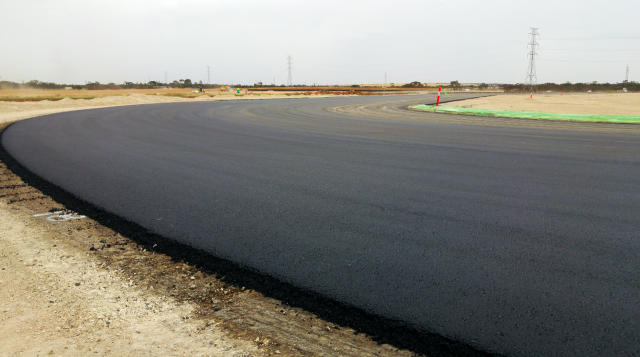 VIDEO: A virtual preview of The Bend Motorsport Park