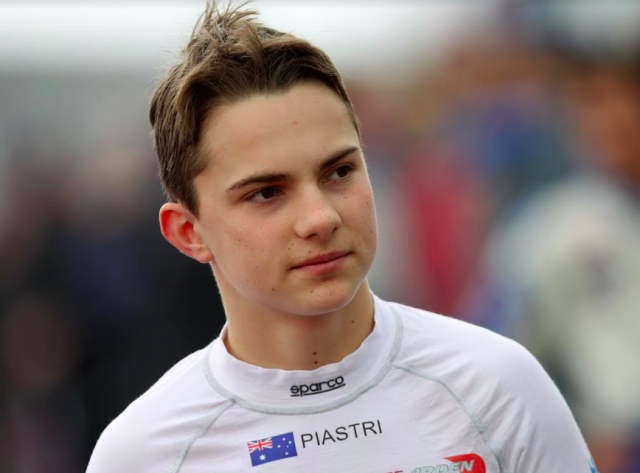 The 16-year-old from Melbourne has been invited to test in Spain following an impressive debut season in the British Formula 4 Championship, which yielded six wins on the way to the runners-up spot.

Piastri will rejoin Arden Motorsport for the test having driven for the British squad in Formula 4 this year.

“It’s a great honour to get the official invite from Renault Sport for the Rookie Test,” said Piastri.

“I’ve tested at Barcelona before in the F4 car, it’s a great track and I’m really looking forward to running the Renault car there.

“The track should be really gripped up after the Eurocup race on the weekend so if the weather is clear I think we’ll see some fast lap times.

“I’ve been working hard in the simulator and on my strength and fitness since Hockenheim earlier this month.

“Also, I’ve spent a week back home in Australia catching up with family and friends over the school break so I feel recharged and relaxed.”

Piastri is expected to jump behind the wheel at Barcelona on Tuesday.