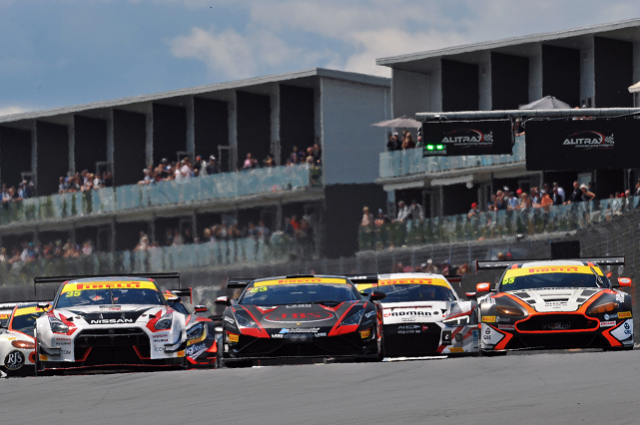 Jaxon Evans and Tim Miles, who have won both of the Australian Endurance Championship rounds so far this year, will team up in a one-car effort for Jamec Pem Racing in the #75 Audi R8 LMS.

Defending race winners Roger Lago and David Russell are also back in the JBS Lamborghini R-EX, as are John Martin and Liam Talbot, who are currently second in the championship, in the Porsche 911 GT3-R out of Walkinshaw Racing.

Australia’s recent Porsche Supercup Shootout representative Dylan O’Keeffe joins Steven Richards in the latter’s BMW M6 GT3 for both Hampton Downs and the final round of the championship at Highlands Motorsport Park.

Trass Family Motorsport is back on the grid with Andrew Fawcett and Gene Rollinson piloting its Ferrari 458.

The partnerships of Peter Hackett/Dominic Storey (Mercedes-AMG GT3), who are third in the championship, and Andrew MacPherson/Brad Shiels (Porsche 911 GT3-R) also continue.

There will also be a 15-car field for the debut of the new Fast & Furious Racing, a concept created by Quinn and described as a motorsport equivalent of Twenty20 cricket.

Speedcafe.com will carry the live stream of Sunday’s race, which starts at 1240 local time (1440 AEDT).