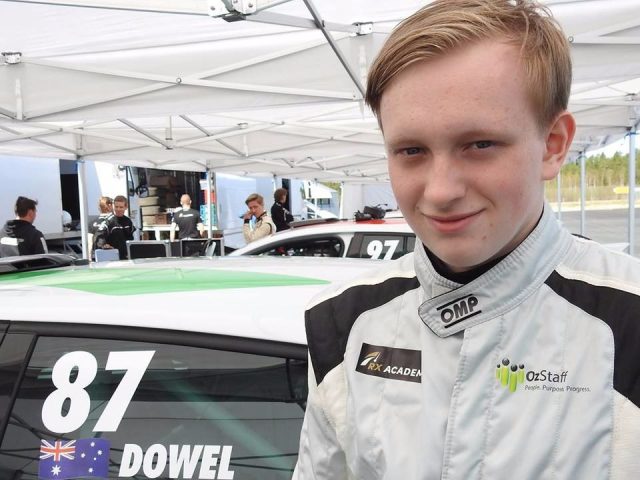 The Melburnian will turn 17 just three days before he takes to the Coffs Coast in the same Super 2000-specification 2012 Volkswagen Polo which he races in the RXAus Australian Rallycross Championship.

Dowel, who has previously competed in a rallysprint in Victoria, will have Matt de Vaus as co-driver.

“I’ve done a lot of kilometres in rallycross events and in test days this year, and the step up to competing at Rally Australia is an exciting one.

“First and foremost, the aim for the event is to get to the finish and enjoy what will essentially be three days of testing.

“I don’t have any real expectations, other than gaining experience for the future.”

“He’s certainly shown that he has the maturity and the car speed,” said Justin.

“After the recent test with Brendan (Reeves) we’re confident that he’ll acquit himself well, although he has plenty to learn.

“It was Brendan who really gave the green light for Troy’s rally debut entry as he has been coaching him throughout the year and feels he is ready.

“It’s a very tough decision as the father of such a young driver, so Will (Orders, an ARC regular and fellow RXAus competitor) and Brendan’s opinion meant a lot to me.

Dowel is currently second in both 4WD and 2WD standings in RXAus, and is part of the RX Academy in Finland.

Kennards Hire Rally Australia will be held from November 16-19.

CLICK HERE for your chance to win the ultimate trip for two to Rally Australia.