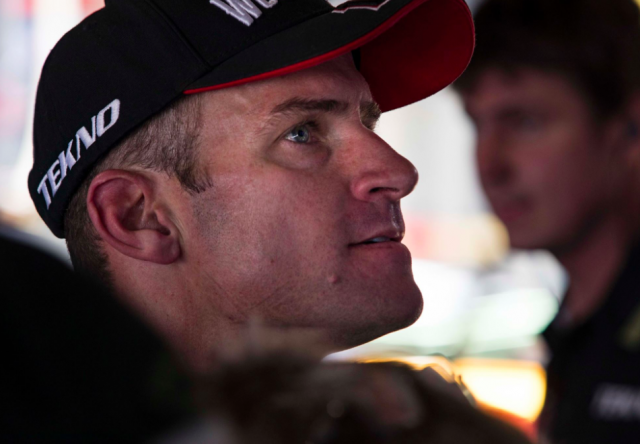 Will Davison is considering all of his options including opportunities overseas if he is unable to secure a full-time Supercars drive for 2018.

The two-time Bathurst 1000 winner has emerged as a key piece in the Supercars silly season as the grid for next year’s campaign begins to take shape.

With full-time drive options dwindling, the 35-year-old’s priority is to remain in the series, although he has confirmed to Speedcafe.com that a move away from the championship is being considered as an alternative.

Tekno Autosports has been tight-lipped on its plans for next season although the team has completed this season with only part-time sponsorship.

Several drivers armed with sponsorship budgets have been linked to a drive at the team.

Speedcafe.com understands Davison’s next move will become clearer within the next two weeks.

The Gold Coast-based driver has a strong network overseas having spent his formative years racing in British Formula Renault and Formula 3 and also has links to America through his cousin James Davison.

“Hopefully soon I will know (my plans for next year),” Davison told Speedcafe.com.

“Of course I’m looking at other opportunities. I’m definitely looking outside of the category as well.

“There is some pretty exciting things I could do next year but this (Supercars) would be my priority.

“I’ve never hidden the fact that I would like to do some overseas racing and I may well have more time to explore that next year, but hopefully not.”

The 19-time Supercars race winner could still remain at Tekno depending on the structure of the one-car team in 2018.

He has also been linked to a move back to Erebus Motorsport, where he drove from 2014-2015, although Dunlop Super2 Series driver Anton De Pasquale is the favourite to replace Dale Wood.

Garry Rogers Motorsport is yet to confirm its plans for next season however James Golding has been tipped to take over the seat currently held by James Moffat.

Nissan Motorsport is yet to officially announced its line-up along with Prodrive Racing Australia and Brad Jones Racing, although the latter is expected to maintain its current roster.

Meanwhile, the new one car Lucas Dumbrell/Phil Munday run operation is expected to announce its plans at Newcastle next month.