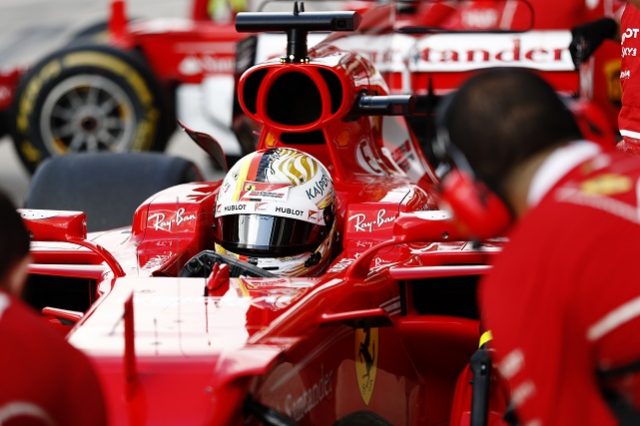 Ferrari president Sergio Marchionne believes that pinning the blame for the team’s recent woes on either team principal Maurizio Arrivabene or technical director Mattia Binotto would be “idiotic.”

Sebastian Vettel’s and Kimi Raikkonen’s races both came to an end as a result of a first corner crash in Singapore before Ferrari was plagued by engine problems in each of the next two rounds.

Mercedes put the constructors’ championship beyond doubt in the most recent race in the United States, while Lewis Hamilton now leads the drivers’ championship by 66 points with 75 still on offer.

When asked if there was a chance Arrivabene would be replaced by Binotto following the team’s failure this year, Marchionne said, “No. Both Mattia and Maurizio have been involved in this process.

“Picking one or the other is a bit idiotic.

“They were both at the table when the operation was going on and technically I’m involved too, I was the chairman.

“But that’s not going to solve the issue. We need to win, that’s the more important thing.

“I don’t think it’s attributable to a single guy. Processes may have not helped and those things are being addressed.”

Marchionne previously said Ferrari had paid the price for “ignoring” quality control, with the team subsequently drafting in Maria Mendoza from Fiat Chrysler Automobiles to reorganise that department.

However, Marchionne told reporters at the US Grand Prix that the move would not spark a series of personnel changes and insisted “I don’t think we need to overhaul the team”.

He added, “The things that have happened in the last three Asia races have really been a collection of the most unfortunate events.

“With the exception of the technical failures we’ve had, which are quality driven, everything else was just a fluke and it happened.

“The likelihood of us repeating those errors is hopefully very small.

“We’ve made one change to the organisation by bringing in someone who’s got experience on the quality side to try and strengthen our skills.

“The rest of it I think is within the way in which we manage.