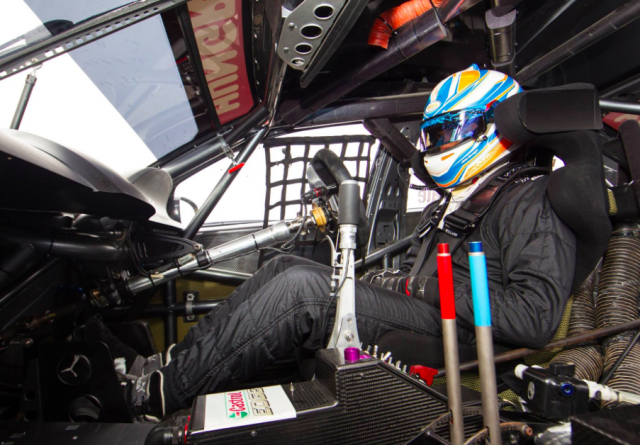 Anton De Pasquale believes results in the Dunlop Super2 Series this year have enabled him to be in the mix to land a main game drive at Erebus Motorsport next year.

The 22-year-old has emerged as a front runner to pilot the #99 Erebus Motorsport currently driven by Dale Wood in 2018, having impressed the team during an evaluation day in August this year.

De Pasquale has confirmed talks have taken place with Erebus Motorsport, who have told Speedcafe.com that the young gun is one of many options under consideration for next year.

A move will hinge on Wood’s plans with the driver currently contract to Erebus, although the former Dunlop Super2 Series winner confirmed to Speedcafe.com that he is evaluating his future in the category.

De Pasquale has quickly adapted to racing Supercars in the last two seasons after abandoning plans to race single seaters in Europe.

Lying fourth in only his second season in Supercars’ second tier, the Melbourne driver has scored two victories and a further four podiums driving for Paul Morris Motorsport.

“We have been in touch a fair bit since doing the evaluation day,” De Pasquale told Speedcafe.com.

“We have spoken about it and hopefully it works out for me.

“Its really good to be in the mix for a Supercars drive.

“Obviously I missed out on a co-drive this year which in turn might have played into my favour as I was allowed to do an evaluation day, which co-drivers are not allowed to do.”

De Pasquale expects a possible move to Supercars to provide a huge challenge.

“Making the step will be a big one but it always is when you go to the top level,” he added.

“There are a lot of drivers out there fighting for drives. I think the results we have got this season has put us in contention.”

Supercheap Auto Bathurst 1000 winner David Reynolds penned a new contract earlier this season to remain with the team in the #9 Commodore.