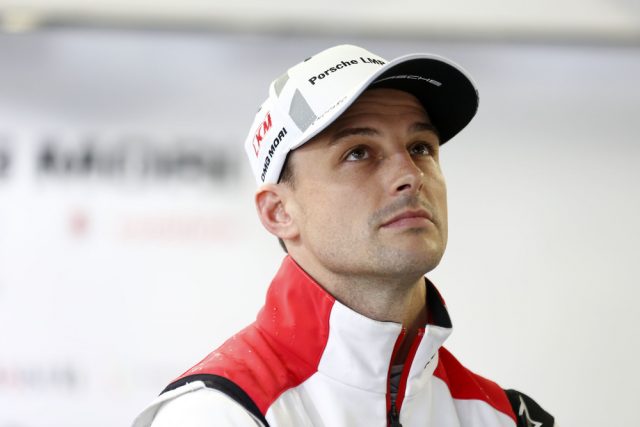 Factory Porsche LMP1 driver Earl Bamber has stepped up his search to secure a 2018 Supercars enduro drive by undertaking a fact finding mission at the Vodafone Gold Coast 600.

The two-time Le Mans 24 Hours winner attended the event to scope out the paddock to achieve a life-long ambition of contesting the Supercheap Auto Bathurst 1000.

Bamber, who is on the verge of winning this year’s FIA World Endurance Championship title, is eager to snare a Pirtek Enduro Cup drive next season.

The New Zealander will join Porsche’s GT squad in 2018 following the demise of the LMP1 program at the end of the season.

He has already been given clearance to race the Pirtek Enduro Cup while his schedule is expected to avoid clashes with Supercars’ enduro campaign.

The manufacturer gave Australian Porsche Supercup star Matt Campbell permission to do the enduros with Shane van Gisbergen at Triple Eight this year.

“I have said before that I want to go to Bathurst and try to do the 1000 and the Enduro Cup, and that is definitely on my radar,” Bamber told Speedcafe.com.

“For sure (I want to try and talk to a few teams). It is always good come down and see what is going on in the paddock.

“You can watch it on television or read what is going on, but it is always a bit different to see how it goes in person.

“I bumped into Roland Dane (Triple Eight boss) the other weekend in Fuji so it is nice to come down here and see a few friends.

“Obviously if you want to do it (the enduros) you want to be with one of the front running teams to have the best shot at doing well.

“You don’t just want to be there to make up the numbers.

“Hopefully it looks like the schedule will fit as well and I don’t think there will be any clash for the first time.

“When there is that chance for sure you want to try and grab hold of it and get the best opportunity.

“I have just got to work through it and see if there is any potential opportunities.”

Bamber has limited Supercars experience having only briefly driven a Stone Brothers Racing Ford Falcon, raced by Scott McLaughlin in the Dunlop Super2 Series, in a test at Queensland Raceway in 2010.

The 27-year-old believes his performances in sportscars and the Bathurst 12 Hour will help land him a Supercars opportunity.

Bamber is set to add to his Mount Panorama mileage by competing in a factory supported Porsche entry in next February’s Liqui-Moly Bathurst 12 Hour.

This year he was part of the Walkinshaw run factory Porsche effort at the mountain.

“Everyone here is already doing a good job and without the experience in a supercar it is always hard, but I think I have decent experience of GT cars and Bathurst,” he added.

“I should be back in the Bathurst 12 Hour so I should be able to get the miles, and hopefully I can convince someone to give me a go.

“I’m not sure which car yet but they (Porsche) have said they want to see me down here again.”

Bamber hopes to wrap up a maiden WEC title at China’s Shanghai International Circuit for the penultimate round of the series from November 3-5.

“We are very close, we need to get a third place in the next race and then it is done,” he added.

“The car is good at the moment. The plan of attack is to try and get on the podium and wrap it up.”