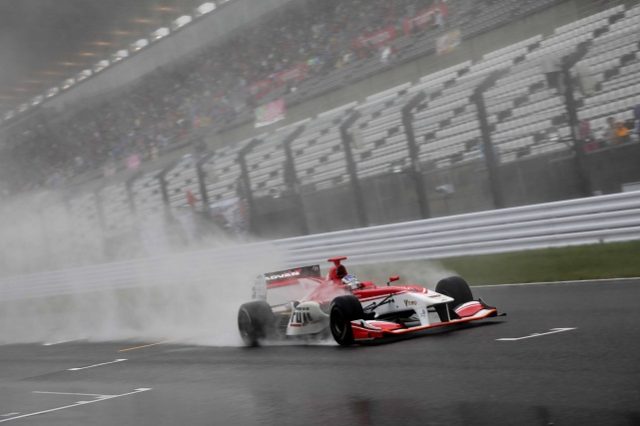 The final two races of the Super Formula season at Suzuka were cancelled due to the threat of a typhoon, leaving New Zealander Nick Cassidy 10th in the championship.

As it turns out, the Frenchman’s only chance to take over the championship lead was Qualifying 1, after the second and third parts of qualifying were cancelled due to heavy rain.

Gasly himself caused the fourth and final red flag before qualifying was called when he spun out.

Andre Lotterer earned one point for qualifying fastest, and Jann Mardenborough the other when the Race 2 grid was determined by drivers’ respective second-fastest laps.

Gasly also missed out on competing for Scuderia Toro Rosso in the United States Grand Prix in order to pursue the Super Formula title.

Cassidy will race again in Round 8 of Super GT on November 11-12.