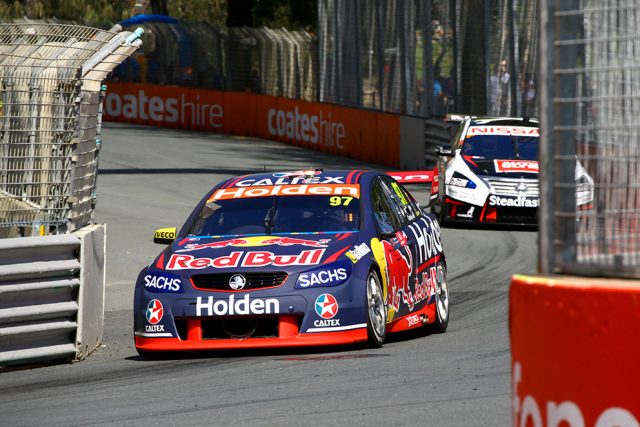 The Red Bull Holden Racing team driver was in control for much of the session, held in dry conditions, having moved to the top of the times early in the running.

Van Gisbergen’s 1:10.37s effort arrived on just his third lap in the 20 minute session which proved to be the benchmark at the chequered flag.

However, the big talking point was the lack of pace from the Shell Fords of Scott McLaughlin and Fabian Coulthard.

The pair used several sets of green tyres in the session but were unable to trouble the all important top 10.

McLaughlin, who appeared to be struggling with the brakes on his Falcon, improved late on to secure 13th, while championship leader Coulthard was mired down in 22nd spot.

“We just didn’t quite have it right there, I don’t know what happened, we will look into it,” said McLaughlin, who is third in the standings.

“It is unfortunate for everyone at Shell V-Power Racing. We have to have a swing at things, we wanted to try and be a fast car and just went the wrong one.

“We will focus on the long race, see how we go.

“There is a lot of things (not right with the car), there is also my driving I have to work on, I am struggling under brakes and that is where I have been comfortable all year.

“We will work on it as a squad, we will be fine, the boys will get around us and good pit stops will get us back up there today.”

Prodrive’s Cameron Waters claimed fourth despite a wild slide at Turn 3 early in the hit out. 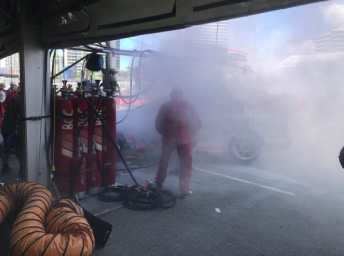 Courtney was lucky to avoid damage when he found the Turn 11 wall late in the dying moments.

He was not the only driver to encounter drama as Dale Wood clouted the Turn 11 wall, damaging the front right of his Erebus Motorsport Holden.

However, it was not as spectacular as Tim Slade’s end to the session that featured a huge engine failure.

Smoke poured from his Freightliner Racing Commodore, with flames emerging from the front of the car as he returned to the pits.

“(It’s) a bit of a weird one, I just grazed the Turn 2 wall on that last lap and then started smelling smoke in between Turn 11 and 12 and then looked out the back and it was pouring out with smoke,” said Slade.