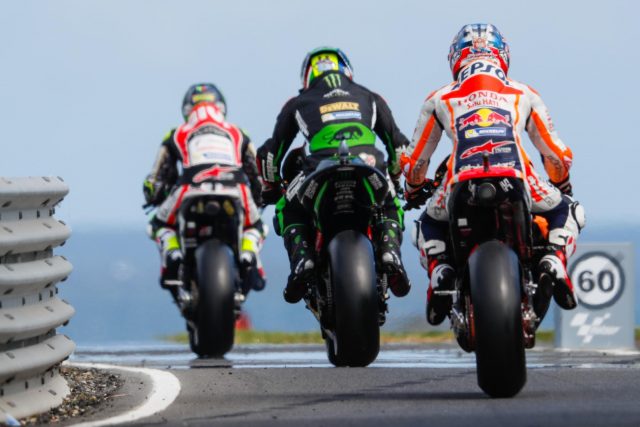 A number of leading MotoGP riders have called for the Australian Grand Prix to start an hour earlier from next year.

According to Marc Marquez, work is underway to start the race an hour earlier.

“It’s something that already we discussed last year,” said Marquez.

“Three is different. We hope for the future to change to three, a little bit earlier.”

“Especially for the last laps of the race when the temperature goes down, for the safety it’s better to do the race at three for sure.”

Rossi confirmed that the idea of shifting the start time for 2018 onwards had been formally discussed at the rider’s safety commission on Friday.

“It’s a common topic here,” he said. “We spoke about it yesterday in the safety commission.

“The problem with racing so late, is that the risks increase – especially if it rains, because the track temperature goes down so much.

“For this year it’s impossible to move, but we’re going to try and move it one hour earlier for next year and for the future.

“One hour can make a big difference.”

The 16:00 start time has been used by Australian Grand Prix organisers since 2008, when the start time was moved back an hour.

Shifting it back to the pre-2008 time will make the race start slightly less comfortable for the core European audience, with 15:00 equating to 05:00 in the UK and 06:00 in Central Europe.