Kvyat believes he has F1 future with Red Bull

Kvyat believes he has F1 future with Red Bull 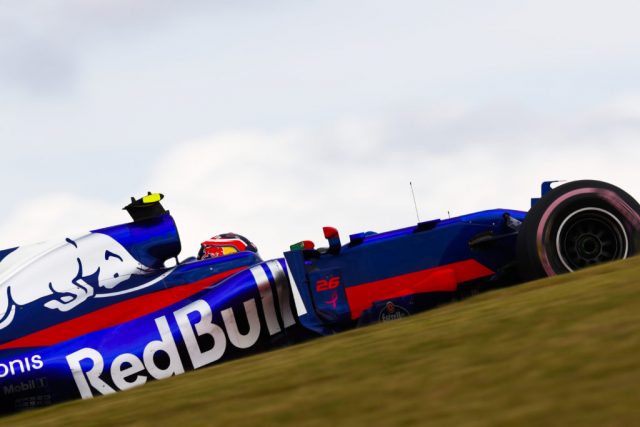 Daniil Kvyat believes he has a future in Formula 1 with Red Bull despite strong speculation suggesting he’ll be dropped by Toro Rosso for the next race in Mexico.

Kvyat has returned to the Toro Rosso squad this weekend for the United States Grand Prix, having sat out the last two events in place of Pierre Gasly.

The Russian’s recall coincides with the final race of the Super Formula in Japan, where Gasly is competing for the championship.

But with increasing indications that Toro Rosso will choose Gasly and Brendon Hartley as its drivers from Mexico, Kvyat could be taking part in his final F1 race at Austin.

Although Toro Rosso has not yet confirmed its plans, Kvyat is aware of the uncertainty, and plans to hold talks with Red Bull motorsport advisor Helmut Marko this weekend.

“I think everything is possible to fix,” Kvyat said. “If there is a clear direction, a clear goal to fight for something big in the future, then I am more than happy to be part of this.

“If not, if my role will stay like this – one race you do, next race you don’t know, then maybe it’s less interesting.

“But we have to sit down and talk about it and I think we will definitely have an answer.

“It will be a friendly talk, there will be no hard feelings.”

Kvyat said he wanted to wait until after qualifying to clarify his position, because he did not want thoughts about the future to distract him from his on-track efforts.

“I don’t want to know too much during this weekend,” he said.

“Here, behind curtains, many things are going on, always. It’s not like I am always just sitting waiting.

“I’m obviously thinking about other things, but now is not the right time to talk about this.

“I have a long-term agreement with Red Bull and as long as it is valid, I will try to do my job as good as possible.

“It might sound funny, but I will stay loyal until we have a good talk together.”