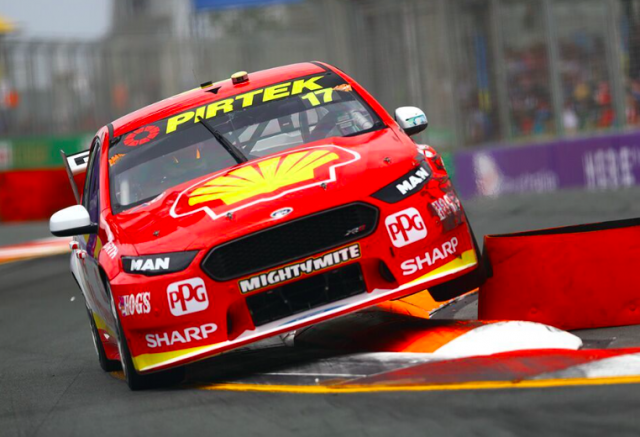 Shell V-Power Racing will make ‘sensible’ changes to its Falcons as it bids to correct a lack of pace ahead of Race 22 at the Vodafone Gold Coast 600.

The Ford squad was a surprise omission from the Armor All Top 10 Shootout as title contenders McLaughlin and Coulthard battled braking issues during qualifying.

As a result, McLaughlin could only manage 13th on the grid while championship leader Coulthard was more than a second shy of the pace in 22nd spot.

The pair now face a tall order to claim strong results in Race 22 with title rivals Triple Eight locking out the front three spots in qualifying.

Managing director Ryan Story remains hopeful that his team can improve the pace of its cars and challenge for top 10 results.

“It was disappointing but we will bounce back and hopefully we can get both cars into the top 10 during the course of the race,” Story told Speedcafe.com.

“We struggled with both guys suffering some front locking and braking issues but these things happen from time-to-time.

“On balance we were not as strong as we would have liked to be on Friday and I think at the time the guys thought about the changes we could make and we just went the wrong way.

“We have sat out the shootout so the guys had that time to think about what will make a good race car around here and we will bounce back.

“I think there are sensible changes going on. You can never unlearn what you have learnt.

“The drivers were saying very much the same sort of things and the braking area was where we were losing the bulk of the time.

“We are as confident as we can be a couple of hours before the lights go out. This is a super competitive field and we want to do the best job we can.”