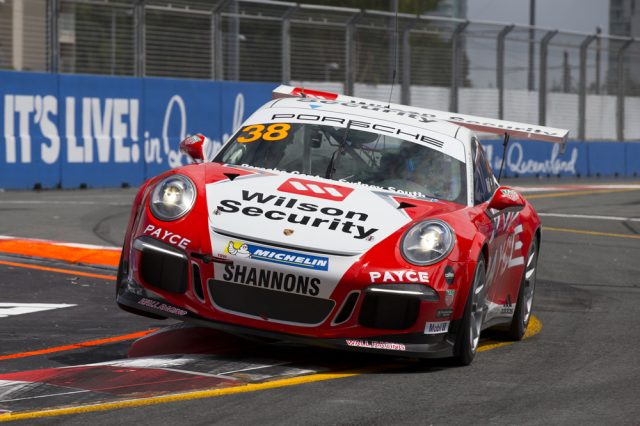 David Wall has taken his first Carrera Cup championship as Jaxon Evans won the final round of the series on the streets of the Gold Coast.

A fifth-place finish was more than enough as his championship rival Andre Heimgartner finished the race in third place.

Heimgartner started on pole, but was jumped off the line by Evans and Alex Davison.

Evans was able to drive off into the lead as Heimgartner pressed Davison for the entire race. As much as he tried, Heimgartner could not find a way through and the trio held position to the finish.

Dean Cook completed a great weekend in the Tag Heuer Carrera Challenge to win the semi-professional category while Stephen Grove won his second title in the class; despite not starting the final race of the year.

The Carrera Cup will hold its awards night later this evening on the Gold Coast.

The 2018 championship gets underway in Adelaide in March, with a full grid of 24 cars in the next generation Cup Car.

VIDEO: Evans and Cook speak after the final race on the Gold Coast