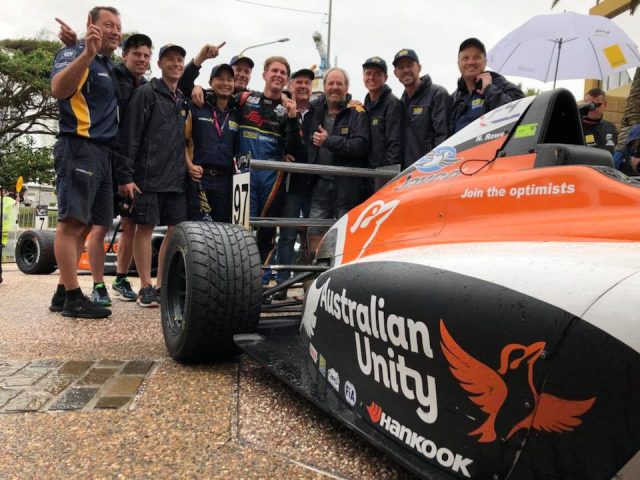 Nick Rowe clinched the 2017 Australian Formula 4 Championship in Race 1 before celebrating with a win in Race 2.

Liam Lawson won Race 1 in heavy rain, the 15-year-old from Pukekohe making one position at the start before passing Rowe for second at the top end of the circuit on Lap 1.

He got by then-race leader Simon Fallon at the start of Lap 3 and saw off a challenge on the penultimate lap from his BRM team-mate.

Fallon took second, ahead of Rowe.

Fallon took an early lead in Race 2, for which the top five was reversed, and held it until the second-last lap when he glanced the wall at Breaker Street (Turn 11).

The crash effectively handed the win to Rowe, ahead of Zane Morse and Ryan Suhle.

Cameron Shields was another prominent non-finisher after Liam Lawson elbowed his way past at Breaker Street, causing car #73 to run into the tyre barrier. 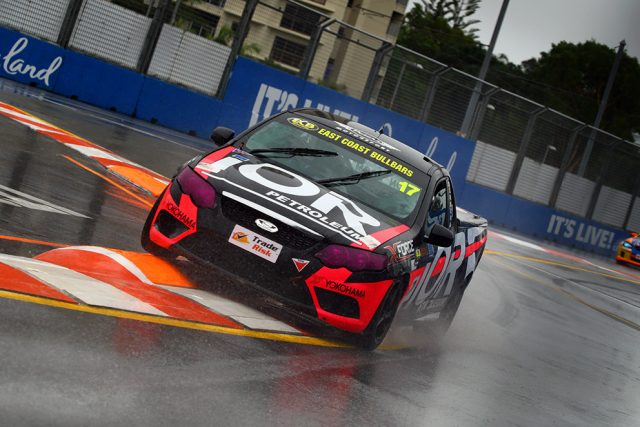 The earlier affair started under Safety Car before the field was let loose on Lap 3, at which time pole-sitter Ryal Harris led.

Barbera made his first move on Lap 8 and while he couldn’t stick it on that occasion, he made a clean pass on the next lap at Breaker Street.

With Barbera pulling away, Harris had to hold out Jane as they finished second and third respectively.

Rain had stopped for Race 2 but a damp track still provided a challenge.

Mick Sieders started from first on the grid and held the spot until he ran wide at Breaker Street on Lap 2, dropping to fourth.

The error promoted Craig Dontas to the lead but he came under pressure from Jane.

The former AUSCAR driver found a way past around Turn 13 despite contact nearly putting both in the wall, and Harris took advantage to move up to second.

Jane won while Dontas was returned to position two due to a time penalty for Harris for excessive kerb hops. 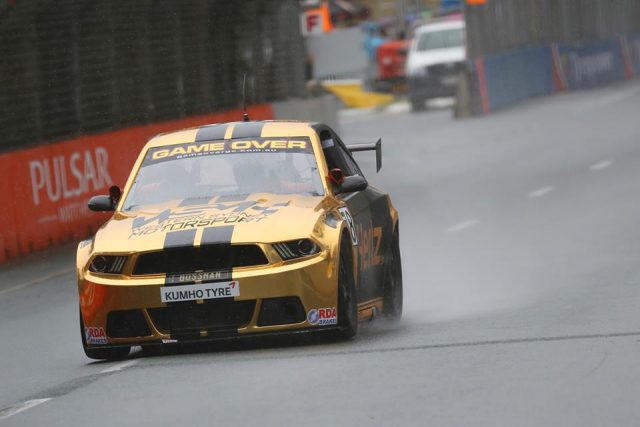 Ruggier jumped from Row 2 to second position at the start and passed Craig Woods as they drove up the beach on Lap 1.

A spin for Matthew McKittrick brought out the first Safety Car, then Cobi Rontaunay spun himself while trying to pass Joel Heinrich and found the wall, necessitating a second.

Ruggier nearly threw away the lead when he and second-placed team-mate Blake Sciberras had a huge aquaplane at the restart.

A race-ending third Safety Car was called moments later for a major crash on the straight when Scott O’Keefe spun and was collected by McKittrick.

Neither driver was seriously injured.

Race 3 was a more straightforward affair that began with Ruggier and Robson pulling away from the field.