New Supercars team to be revealed in Newcastle

New Supercars team to be revealed in Newcastle 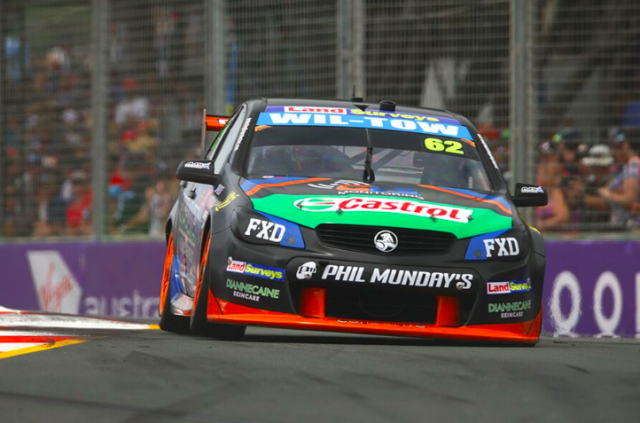 Lucas Dumbrell and Phil Munday are expected to announce plans for a new one car Supercars operation at the Coates Hire Newcastle 500, Speedcafe.com has learned.

Lucas Dumbrell Motorsport has been the subject of a rebrand and ownership shake up with businessman Munday on the verge of completing a buy-in of the Melbourne squad.

The move, likely to be revealed on November 23 in Newcastle, will see the team operate one entry from new premises, while LDM’s current second REC will change ownership, with Prodrive thought to be the likely recipient.

It is understood the team will lodge its plans regarding RECs to Supercars shortly, which will then be reviewed at the championship’s next board meeting in November.

The new entity is expected to field a Prodrive-built Falcon FGX as part of a customer arrangement with the operation, although the deal is yet to be completed.

LDM has been in discussions with Prodrive for several months regarding a switch from Holden to Ford machinery for 2018.

It is believed teenager Alex Rullo remains in the frame to drive the team’s new entry under a yet to be disclosed name next season.

Alongside its Supercars arm, the outfit will run a Carrera Cup Australia program for former athlete turned racer John Steffensen.

While a REC switch to Prodrive is anticipated in the creation of the new LDM/Phil Munday run team, the future of Jason Bright’s REC is yet to be secured.

The entry is currently run by Prodrive but under Supercars regulations a team can run a maximum of four entries.

Bright says he is yet to hold any discussions regarding the future of his REC for next year.

“It is usually around this time of year that there is a lot of chat, but I don’t know of any (REC) movements,” Bright told Speedcafe.com.

“I haven’t put an actual date on anything I will worry about that once I have got this weekend out of the way.”

Prodrive boss Tim Edwards would not be drawn on the current REC situation at his team, but confirmed to Speedcafe.com that plans for next season are ongoing.

Talented New Zealander Richie Stanaway has been heavily linked to a possible full-time drive at the squad next season.

“We are just working on our plans for next year and that covers a whole host of things including drivers, sponsors, etcetera,” Edwards told Speedcafe.com.

“When we have got things finalised, we will then make some announcements.

“A lot will happen in the next month or two.

“We are negotiating with sponsors and drivers. This window is important because this is when you have got to start your merchandise production and all that sort of stuff.

“We have been busy at it for last month or so.

“There is no red flags. There is just a process that we have got to work through and there are lots of moving pieces.”