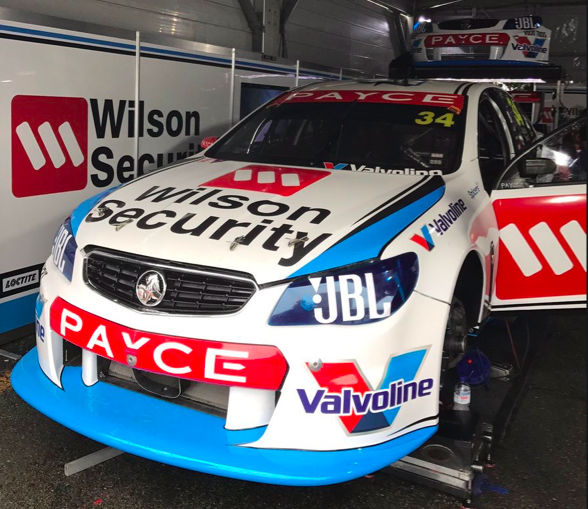 Garry Rogers Motorsport have worked through the night to complete a repair on James Moffat’s Commodore following a crash in Friday practice at the Vodafone Gold Coast 600.

The Melbourne squad were forced to work through to night and into the early hours of Saturday morning to compete the job.

Moffat found the wall on the exit of Turn 11 which resulted in heavy damaged to the front chassis rails that required plenty of attention from the GRM crew.

Team manager Stefan Millard has praised the efforts of his team to fix the car in time for today’s qualifying session, scheduled to begin at 1120 local time.

“It looks as good as new and ready for today,” Millard told Speedcafe.com.

“I think it was finished at 5:30am this morning and a few of the guys on the #33 car stayed back to help.

“There was a fair bit of fabrication work going on, cutting things and welding things but they have done an awesome job.

“This is one of the best crews in pit lane, we are one big family here.

“James is still a bit dejected from yesterday about that happened but we will move forward today.”

Moffat will team up with Richard Muscat for this weekend’s Pirtek Enduro Cup finale.