Today marks the final day ever of local production for General Motors Holden and we want to know what is your favourite Commodore model from the V8 Supercars era.

While the VF is statistically the most successful Commodore Supercar with 105 race wins to date, the Commodore has provided Lion fans with plenty of memorable moments over the years.

The VS was the first Commodore of the V8 Supercars era which began in 1997, before the introduction of the VT, VX, VY, VZ, VE, and finally the Car of the Future-spec VF.

Check out the contenders below before casting your vote in this special edition of the Pirtek Poll.

CLICK HERE for more images of the Commodore through the years. 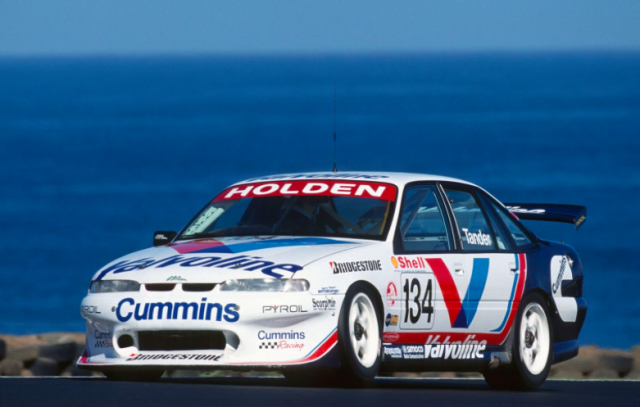 Garth Tander debuted in a VS Commodore pic: V8 Sleuth

The VS Commodore was more than competitive against the EF Falcon of the day, winning seven of the 10 championship rounds in 1997, though the title still fell to Ford’s Glenn Seton.

On a memorable day at Bathurst that same year, Larry Perkins and Russell Ingall won The Great Race as Peter Brock drove what was thought at the time to be his farewell to the sport.

While the VS continued into 1998, the VT was phased in at the back end of the season by The General’s leading teams, namely the Holden Racing Team and Perkins Engineering.

Craig Lowndes finished off his second championship-winning year in a VT and backed up in 1999, despite writing off a near-new example and missing a round due to his horror rollover at Calder Park.

At Bathurst, Greg Murphy and Steven Richards lifted the trophy with Gibson Motor Sport in 1999 and Garth Tander and Jason Bargwanna with Garry Rogers in 2000.

Mark Skaife started his three-peat of championships in a VT. 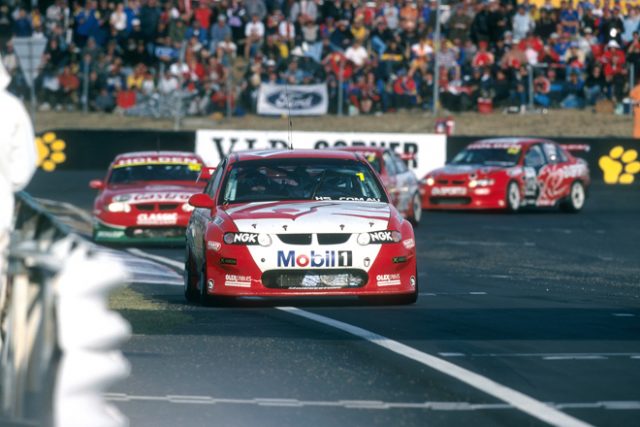 Skaife’s success continued with the VX.

Like much of its predecessor’s life, the VX competed against the demonstrably inferior AU Falcon. Such was Skaife’s dominance in 2002, he wrapped up the championship with said Bathurst 1000 win, three rounds before the end of the season.

A VX-specification Rod Nash Racing Commodore was also the last car which Brock ever drove in the Bathurst 1000, having not turned a racing lap at his final attempt two years later.

The VY Commodore was the first of the ‘Project Blueprint’ era designed to ensure parity between Ford and Holden, though some (such as ‘the golden child’) were not converted fully to the new specification for some time.

While actually the first and only Commodore model to not win a championship in the (V8) Supercars era (given that the VS contributed to Lowndes’ 1998 crown), the VY still holds an extremely special place in Australian motor racing history.

In 2003, Greg Murphy stunned pit lane when he clocked the Lap of the Gods during Bathurst’s Top 10 Shootout – in a car, HRT 043, which actually began life as a VT.

Murphy and Rick Kelly won the next day and backed up a year later, this time in the former VX HRT 044. 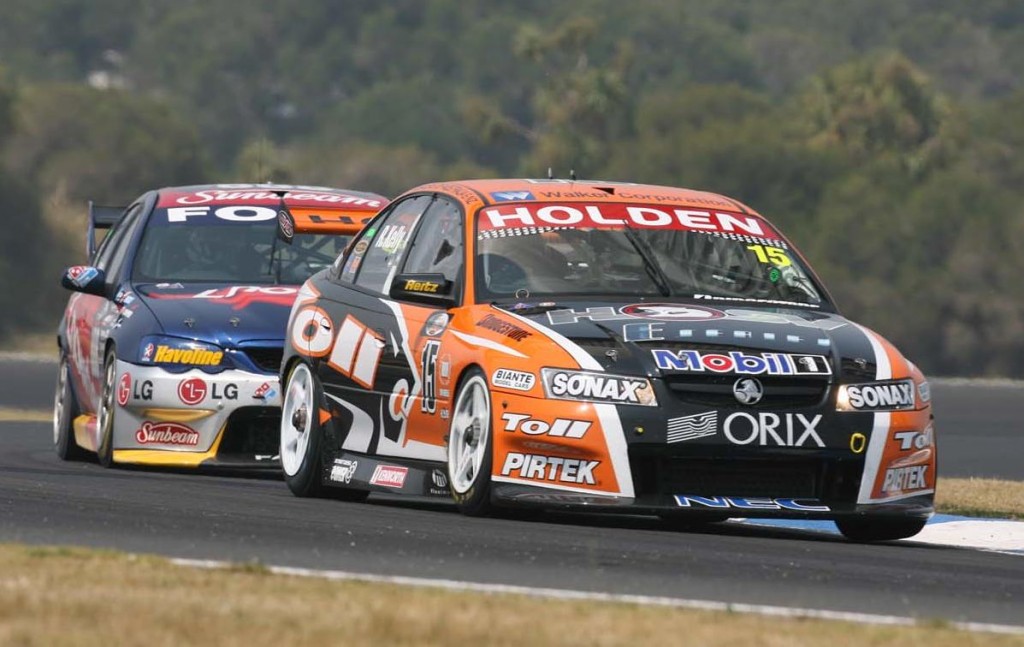 In 2005, the VZ faced a tough battle against BA Falcons from both Stone Brothers Racing and Triple Eight Engineering, the latter experiencing its first year as a genuine contender.

Skaife and Todd Kelly nevertheless drove it to a record seventh consecutive Bathurst 1000 win for Holden.

The following year, Rick Kelly pulled off the feat of winning the championship in an HSV Dealer Team VZ despite winning only one race and no rounds all season.

Rick Kelly also involved the VZ in one of the most controversial finishes to a championship in history when he turned around his nearest competitor Lowndes in the final race of the year at Phillip Island. 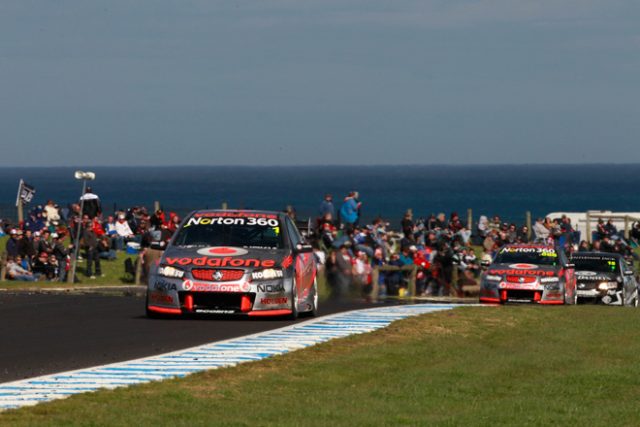 The most enduring model was the VE, scoring 103 race wins in its six-year run.

The HSV Dealer Team and then the Holden Racing Team were the only teams to enjoy significant success with the VE for its first three years as Tander won the 2007 championship with the former and partnered Will Davison to the 2009 Bathurst 1000 win with the latter.

The model was also part of arguably the last great manufacturer defection when Triple Eight Race Engineering switched from the Blue Oval to Holden in 2010.

Lowndes and Skaife won Bathurst in 2010, Tander and Nick Percat in 2011, and Jamie Whincup and Paul Dumbrell in 2012. 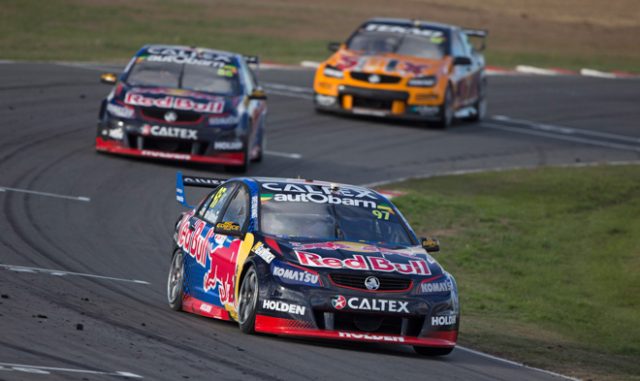 The first Commodore of the Car of the Future era will go down as the last resembling an Australian-built road car.

The VF has enjoyed three championships out of a possible four to date and the last two Bathurst 1000 wins.

It helped create history as the model which Whincup drove to a record sixth Australian Touring Car Championship in 2014, his fourth in a row (another record), and the model which Shane van Gisbergen drove to Holden’s 500th race win at Symmons Plains last year.

The VF won the closest competitive finish at Bathurst last year when and out-of-fuel Davison made it across the line in front of van Gisbergen by 0.1434s.

It was also James Courtney’s ride in an emotional victory at Surfers Paradise in 2015, his first event since suffering broken ribs and a punctured lung in a bizarre helicopter incident.

What was your favourite Commodore Supercar?

Vote now in the Pirtek Poll below.